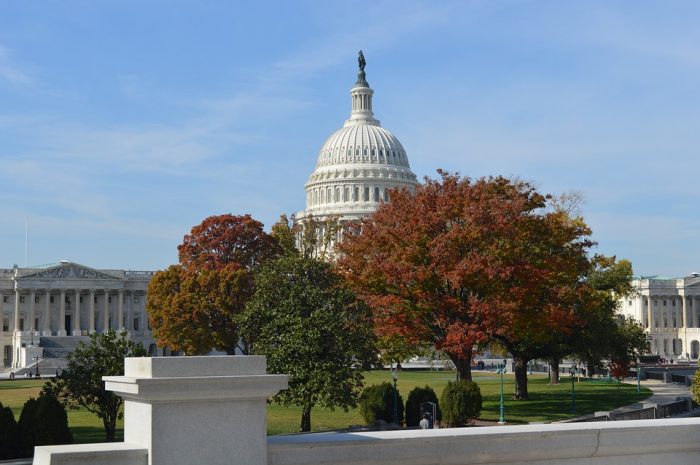 Either the Republicans are going to give Democrats virtually everything that they want, or the federal government will shut down at the end of the day on Friday. We have been through this process time after time, and in every single instance the Republicans have always folded like a 20 dollar suit. Unfortunately, it looks like the Democrats are going to win big this time around too. The spending agreement is essentially an updated Obama budget that fully funds Planned Parenthood, that contains no money for a border wall, and that doesn’t reflect any of President Trump’s other important priorities either. On Thursday, the House is expected to pass this horrible bill, and the Senate is expected to take up the matter on Friday. According to Bloomberg, right now this plan would keep the government open through December 22nd…

The House Rules Committee approved a rule setting the bill up for a floor vote Thursday, after which the Senate will have until the end of the day Friday to avoid a partial government shutdown. A formal check of how members would vote on the Dec. 22 deadline came back showing widespread support, said Representative Dennis Ross, a member of the vote-whipping team.

So even if this plan gets through both the House and the Senate, we will be facing another government shutdown deadline in just a few weeks.

And every time one of these deadlines approaches, the Democrats use it as leverage to get what they want. In addition to getting a spending agreement that is extremely lopsided in their favor, many Democrats want to use this current deadline to pass the DREAM Act before the end of 2017. In fact, Kirsten Gillibrand, Kamala Harris, Bernie Sanders, Dick Durbin, Elizabeth Warren and Corey Booker have all said that they will not vote in favor of any spending agreement unless it includes the DREAM Act.

Emboldened by their past successes, Democrats are asking for more than ever this time around. But if we are just going to hand the Democrats whatever they want every time, what is the point of even having elections? In 2016 we gave the Republicans control of the White House, the Senate and the House of Representatives, and yet the Democrats just keep winning over and over again. This is deeply infuriating, and grassroots conservatives all over the country are sick and tired of Republicans acting like spineless jellyfish.

Fortunately, we do have a man with a spine in the White House, and it sounds like he has absolutely no intentions of giving in on the DREAM Act. The following comes from NBC News…

If the Democrats stand firm on their demands, there is a very real possibility that we could have a government shutdown, and federal agencies are already preparing for one. When the government shuts down, it only affects about 13 percent of the federal government, and we don’t actually need most of that 13 percent anyway.

So even though the mainstream media would be totally freaking out, it definitely would not be the end of the world.

If you don’t remember the last government shutdown, the following is a pretty good summary of what would happen that was published by Newsweek…

If the shutdown does occur this weekend, the effects will be felt immediately. All nonessential employees of the federal government will stay home until further notice, and some will stop receiving paychecks. Refunds from the IRS could be delayed, as could the State Department’s passport service. Most air-traffic controllers and Transportation Security Administration security will continue to go to work, but there won’t be as many as them so air-travel will be slower. Members of Congress will have limited staff and won’t be as responsive (well, as responsive as they normally are) to constituents. And after 10 days without a spending bill, federal courts will close.

Obviously it would be a good thing to avoid a government shutdown, but it is exceedingly foolish to give the Democrats whatever they want just to keep things functioning normally.

In case you are wondering, I would definitely vote “no” on the bill that is currently going through the House of Representatives. I will not vote in favor of a spending bill that explodes the size of the national debt, that funds Planned Parenthood and that contains no money for a border wall. I am never going to compromise on my most important principles, and any Republican that caves in and gives the Democrats whatever they want just to avoid a government shutdown should be ashamed of themselves.

Sadly, the Democrats have done a very good job of selling their story to the American people, and at this point most Americans are overwhelmingly in favor of a compromise…

Of course “compromise” means giving in to the Democrats on virtually every single point. There are many things that the Democrats will never, ever compromise on, and that is why they keep on winning over and over again.

Most Republicans have been compromising for so long that most of them don’t even stand for anything any longer.

It is time to kick out the corrupt professional politicians and replace them with a new generation of leaders that are willing to stand up for us. We will have a chance to do that in 2018, and we must not squander this opportunity.