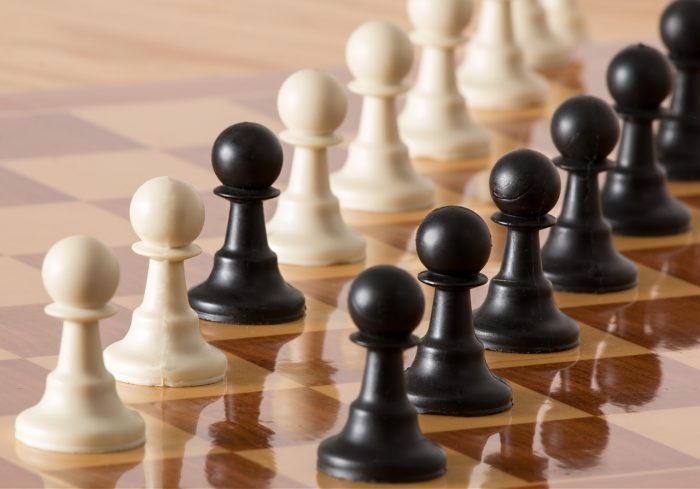 Now that Brett Kavanaugh has officially been confirmed, it is a good time to reflect upon where we are at as a nation. And where we are at is a nation that is rapidly moving toward a state of civil war. At one time we were a nation that was united by shared values, a shared purpose and a shared destiny, but now all of that has been replaced by anger, frustration, bitterness, strife and discord. The left hates the right and vice versa, and both sides are becoming increasingly radicalized. And without a doubt we are in a life or death battle for the future of America. Eventually one side or the other will emerge victorious, and their ideology will become dominant in this country.

Up to this point, there has been a lot of screaming, yelling and protesting, but it isn’t going to take very much to push the nation over the edge into violence.

On a daily basis the pot is being stirred by our leading politicians and the mainstream media, and it is very difficult to see any way that this story is going to end well.

Early on Sunday, the Drudge Report was being headlined by an Axios story about “the radicalization of our public lives”…

It’s going to get worse. Virtually every major American institution is being radicalized — or being reshaped by the radicalization of our public lives.

You see this most vividly in politics, where the White House and Congress are often the cause and effect of the radicalization. You now see it in the courts and the Supreme Court, in particular, where a narrow, party-line vote made Brett Kavanaugh the next justice after a nasty, personal political brawl. Already, lawyer Michael Avenatti is calling for a new Democratic litmus test: increasing the size of the court to 11 from nine.

In particular, it is on the left where we have seen the most extreme radicalization. This is something that President Trump commented on during his most recent rally…

“Just imagine the devastation they would cause if they of their obtained the power they so desperately want and crave,” Trump added. “You don’t hand matches to an arsonist and you don’t give power to an angry left-wing mob, and that’s what they have become.”

Trump then used Kavanaugh’s example to illustrate why conservatives need to vote during the midterm elections in four weeks so that Democrats don’t take back the House:

“The Democrats have become too extreme and too dangerous to govern,” Trump continued. “Republicans believe in the rule of law not the rule of the mob.”

Of course if Hillary Clinton had won the election, there are millions upon millions of Americans that would not have been willing to be governed by her either.

We are rapidly getting to the point where America is simply going to be ungovernable.

In order for any government to function, a certain percentage of the population must be willing to recognize that government as legitimate. For example, if everybody in the country suddenly decided to quit paying taxes there wouldn’t be too much that the federal government could do about it. They could put some of us in prison to try to scare the rest of us back in line, but if the rest of us refused to be intimidated our system of taxation would collapse.

Every system of government depends upon the fact that most people will willingly submit to it, and we are rapidly getting to the point where a large portion of the population will not submit to being governed.

Just consider what just took place in Washington. As Brett Kavanaugh was being sworn in, protesters were literally banging on and clawing the doors of the Supreme Court building…

But perhaps no incident better expressed the protesters’ tenuous hold on sanity than a demonstration at the Supreme Court, where protesters — mostly women — broke through a police line and barged to the Court’s chamber, where they proceeded to wail, gnash teeth, and pound at the doors while Kavanaugh was being sworn in inside.

Some of the protesters, who managed to get all the way through to the doors themselves, tried desperately to claw their way in, even though the doors were clearly locked (and look very heavy).

If you have not seen this yet, you can watch footage of this happening on Facebook right here.

Colleague Peter Doocy rpts a GOP senator says senators have had death threats texted to their person phones. Calls that “unusual.” Also says some senators who flew home after Kavanaugh vote were accompanied by police for protection

In a subsequent tweet, Pergram also reported that a gruesome beheading video was actually sent to the phone of Cory Gardner’s wife…

Amid Kavanaugh furor & threats to mbrs, Sen. Cory Gardner (R-CO) tells Fox that his wife received a text with a video attachment showing a gruesome beheading. Someone has has also released the names of and addresses of his family members.

Can you imagine how you would feel if that happened to you?

Many of these leftist protesters are extremely passionate about protecting abortion rights. To be honest, I wish that those on the right were just as passionate about defending the lives of the unborn.

Most notably, Collins said in her explanation of why she was not worried that Kavanaugh would overturn Roe that Kavanaugh had told her when they were discussing his nomination that he did not think five sitting justices—a majority of the nine member court—would be a sufficient number “to overturn long-established precedent.”

This was after he had testified, she noted, that Roe–upheld by Casey–was “precedent on precedent.”

“Finally, in his testimony, he noted repeatedly that Roe had been upheld by Planned Parenthood v. Casey, describing it as precedent on precedent,” said Collins in her floor speech. “When I asked him whether it would be sufficient to overturn a long-established precedent if five current Justices believed it was wrongly decided, he emphatically said no.”

He “emphatically said no“.

After everything that happened, the ironic thing is that Kavanaugh getting on to the Supreme Court is a loss for conservatives, but nobody on the right wants to admit this. We got fooled by Justice Kennedy, we got fooled by Sandra Day O’Connor, we got fooled by David Souter, and now we have just been fooled again.

Kavanaugh clerked for Justice Kennedy, and he is cut from the exact same cloth as his mentor. Kennedy was one of the key votes to uphold Roe v. Wade in the Casey decision, and he actually wrote the opinion for the case that legalized gay marriage in America. It is rumored that Kennedy would not retire until he was assured that Kavanaugh would be nominated in his place, because he knew that Kavanaugh would be the exact same type of Supreme Court justice that he had been.

So conservatives should not be celebrating this “victory” at all.

But what this confirmation process did prove is that we are closer to chaos on the streets of America than ever before. In fact, a recent New York Post article suggested that America “could be sleepwalking into a second civil war”…

To be clear, what we just witnessed, and what we have seen for two years, is not a case of mere political differences, which the Founders recognized as inevitable and even desirable.

Instead, we face something more akin to the combustible climate historian Christopher Clark described as the origins of World War I. In his book, “The Sleepwalkers: How Europe Went to War in 1914,” Clark illustrates how none of the great powers wanted war, but all felt free to escalate the build-up in the certainty that the other side would back down.

Something similar is happening here, and our nation could be sleepwalking into a second civil war. Even though justice and fairness prevailed this time, the stained confirmation process must serve as a wake-up alarm.

This time around, however, it won’t be a battle between two opposing armies from two distinct geographic regions.

Instead, it will be a conflict between two very different ideologies. So far, it has mostly been a “cold war”, but as both sides become increasingly radicalized I fear for what the future may soon bring…