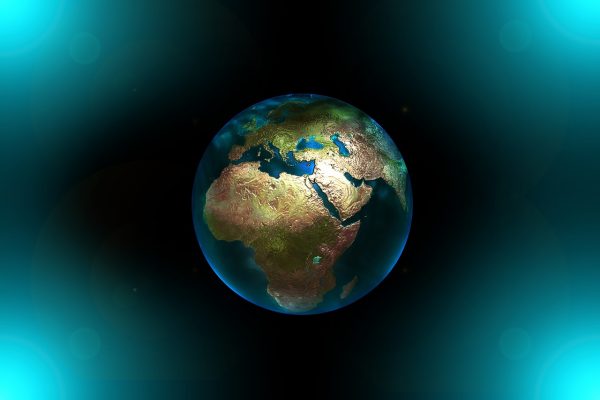 African Swine Fever is the greatest threat to global food production that we have seen since World War II ended. As you will see below, the disease has now spread “to every province in mainland China”, and it has now infected “an estimated 150-200 million pigs”. To put that number in perspective, that is more pigs than the entire U.S. pork industry produces in an entire year. In other words, the equivalent of the entire U.S. pork industry has just been wiped out. On top of that, African Swine Fever has also spread to Cambodia, Tibet, Romania, South Africa and Vietnam. The losses are staggering, and this crisis continues to get worse with each passing week.

Earlier today I came across a Canadian news article entitled “Why bacon could get a lot more expensive”, and in that article a Canadian expert claimed that there are “tens of millions of pigs who have disappeared” in China…

“The meat of choice in China is pig and disease has been devastating for them,” Friendship said. “They have lost a lot of pigs and they will be doing lots of culling.”

He noted that although official figures from China suggest the outbreak’s effect have been minimal, experts estimate that “we’re dealing with tens of millions of pigs who have disappeared.”

Friendship estimated the decrease in pigs is roughly the equivalent of what Canada and the U.S. produce combined. And this lack has created a vacuum.

That claim is consistent with the information that I put into an article about this crisis a few weeks ago, but I decided to go hunting for some even newer numbers.

So eventually I ended up over at PorkBusiness.com, and according to them African Swine Fever “is now affecting an estimated 150-200 million pigs” in China…

“African Swine Fever has spread to every province in mainland China and is now affecting an estimated 150-200 million pigs,” said Christine McCracken, RaboResearch animal protein analyst. “The expected 30% loss in pork production is unprecedented. These losses cannot easily be replaced by other proteins like chicken, duck and seafood, nor will larger pork imports be able to fully offset the loss.”

When I use the term “plague”, I am not using it lightly. I have never heard of a single disease wiping out this many farm animals before.

We are potentially talking about an absolutely crippling blow to the global food supply.

And pork prices are already starting to skyrocket. The following comes from the same Canadian article that I mentioned earlier…

Since first being detected on a small hog farm in northern China last August, African Swine Fever has spread like wildfire, but so far it hasn’t reached the United States.

And U.S. farmers are doing all that they can to keep that from happening, because African Swine Fever can have a mortality rate “as high as 100% within 2-10 days”…

ASF is a highly contagious viral disease that causes death in domestic and wild pigs of all ages. Symptoms include high fever, decreased appetite and weakness, red, blotchy skin or skin lesions; diarrhea and vomiting; and coughing and difficulty in breathing. Mortality rate is as high as 100% within 2-10 days.

Even if a pig survives African Swine Fever, it is often culled anyway to help prevent the spread of the disease.

There is no vaccine, and there is no cure. And even if this outbreak was ended immediately, it would likely take the Chinese pork industry many years to recover. The following comes from CNN…

“China normally accounts for 49% of global pork consumption, while consuming 28% of the world’s meat supply,” said Arlan Suderman, chief commodities economist at INTL FCStone. “As such, this is a big problem for China, and we expect it to be a five to seven year problem before production can be restored.”

Of course this outbreak is not likely to end any time soon. In fact, all of the experts expect African Swine Fever to continue to spread.

So pork prices will continue to skyrocket, and prices for chicken and beef will also rise aggressively as many consumers shift to alternatives to pork.

Unfortunately most people still don’t seem to understand what we are facing. In this country, most Americans are partying instead of preparing, and that is a huge mistake.

And the mainstream media certainly is not helping. Millions upon millions of pigs really are dying all over the globe, and yet there is barely a peep about this crisis on our major news networks.

We’ll see what happens. Hopefully this outbreak will subside and things will return to normal.

But so far that hasn’t happened, and African Swine Fever just continues to spread.

If it starts spreading in North America too, there is going to be a lot of panic and the mainstream media will be forced to start paying a lot of attention to this story.

Over the coming months, supplies of pork are going to get tighter and tighter, and prices are going to shoot higher and higher.

We have never faced a crisis quite like this, and nobody is quite sure what is going to happen next.