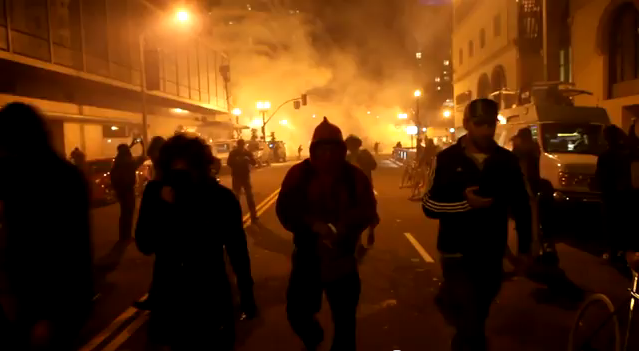 A second night of protests in Berkeley and Oakland, California turned unruly as demonstrators vandalized businesses, walked onto a freeway and threw explosives at police officers.

At least one business owner reported that his building had been vandalized with spray paint, Coats added.