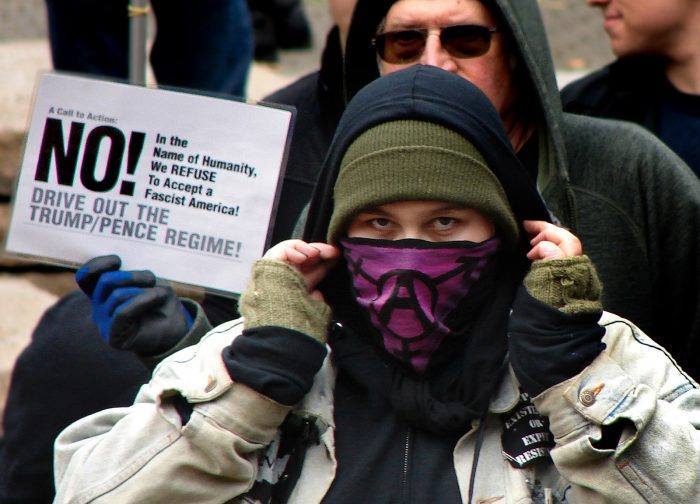 Portland Police declared a riot Saturday after tensions between the right-wing Patriot Prayer group and local anti-fascist activists came to a head and broke out in violence.

The afternoon began with a permitted rally at Terry Schrunk Federal Plaza organized by Joey Gibson, U.S. Senate candidate for Washington and leader of the right-wing, Vancouver-based group.

Federal Dept. of Homeland Security police are making the new arrivals return anything that can be used as a weapon, plus any pepper spray they may be carrying. pic.twitter.com/bODdHU8L7b