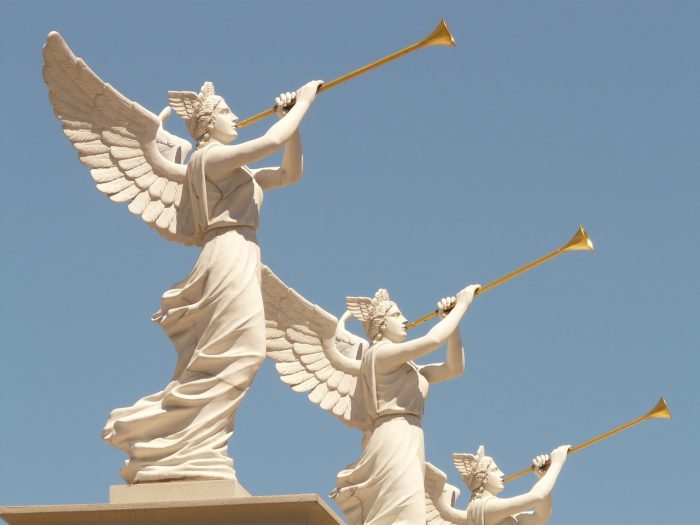 Reports of strange trumpet sounds coming from the sky are coming in from all over the world, and nobody can seem to explain where those sounds are originating. Some are convinced that there a perfectly rational natural explanation that we have been overlooking, but others believe that we are witnessing a phenomenon that is truly supernatural. If this phenomenon was only taking place in the western world, it would be much easier to dismiss as some sort of Internet hoax, but as you will see below these reports are coming in from all over the planet. Could it be possible that somebody is trying to tell us something?

What makes this even more intriguing is the Biblical festival that is rapidly approaching. The Feast of Trumpets begins at sundown on Sunday, September 9th and it is odd that so many of these reports are popping up just before this very important Biblical holiday.

As I detailed in The Rapture Verdict, all of the Biblical festivals are actually prophecies that foreshadow future events, and the Feast of Trumpets is the festival that foreshadows the return of Jesus Christ.

Don’t worry – Jesus is not returning in 2018. According to the Bible, there are a lot of things that still need to happen before Jesus returns. But if these trumpet sounds are coming from a supernatural source, perhaps they are intended to highlight the prophetic importance of this upcoming holiday.

Over at Strange Sounds, some of the latest video evidence of these trumpet sounds has been compiled, and I would like to share some of those examples with you.

The first comes from Bavaria, Germany…

Secondly, we have a strange trumpet sound coming from the sky in Penang, Malaysia… Thirdly, we have remarkable video of a strange trumpet sound that was recently reported in Dallas, Texas… And lastly, the following is a good compilation of strange sounds from the sky that have been reported throughout 2018… But before we end this article, let us issue a word of caution.

It is so easy to fake anything with video these days, and this is a point that author Carl Gallups once made very strongly…

Gallups, a former law enforcement officer in Florida, suggests some of the reported incidents could be artificially created.

“I have been researching this topic for years and am still very skeptical about the authenticity of these purported ‘trumpet events.’ With today’s technology, it would be all too simple to overlay these weird, supernatural-like sounds into a video after you have gathered up a few friends to gawk up into the sky while you film them. Couple this with the fact that two insanely popular movies, ‘War of The Worlds’ and ‘Clash of The Titans,’ have almost identical sounds in them – it is easy to approach this topic with a high level of skepticism.

Those are very wise words.

Everything that you see on YouTube is not real, but everything is not fake either.

We must always do our best to use discernment, because it is not always easy to separate truth from fiction.

But as reports of these strange trumpet sounds from the sky continue to pour in, it is becoming harder and harder to deny that something is going on.

So what do you think is happening? Please feel free to share your thoughts by posting a comment below…