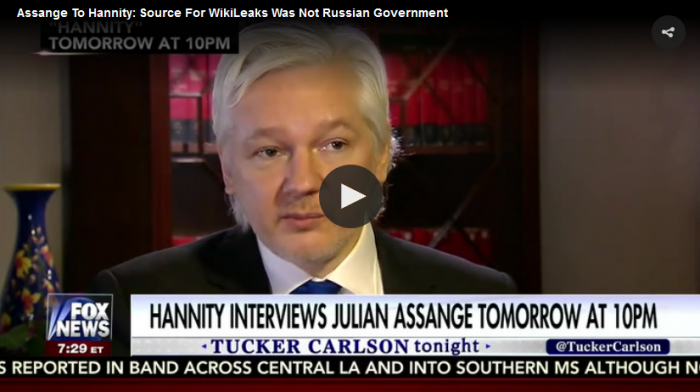 In an exclusive interview with FOX News Channel’s Sean Hannity the founder of WikiLeaks Julian Assange said Russia was not the source for the DNC and John Podesta hacks.

JULIAN ASSANGE: Yes. We can say, we have said, repeatedly that over the last two months that our source is not the Russian government and it is not a state party.

Hannity’s full interview with Assange will air Tuesday night at 10pm ET. More from the interview:

Read it at Real Clear Politics