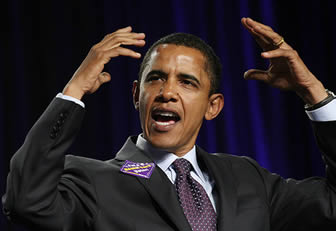 Barack Obama will be confronted by 5,000 naked prostitutes when he visits Kenya next week.

A two-day demonstration has been organised to protest against the U.S. president’s support for legalising homosexuality in the African country.

The Republican Liberty party, which is behind the stunt, said it will involve male and female sex workers to show Mr Obama the difference between men and women.

Party leader Vincent Kidala said the prostitutes had agreed to participate free of charge because they would lose customers if homosexuality was legalised.