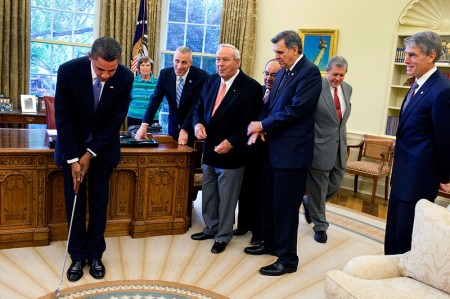 President Obama was given detailed and specific intelligence about the rise of the Islamic State as part of his daily briefing for at least a year before the group seized large swaths of territory over the summer, a former Pentagon official told Fox News.

The official — who asked not to be identified because the President’s Daily Brief is considered the most authoritative, classified intelligence community product analyzing sensitive international events for the president — said the data was strong and “granular” in detail.

The source said a policymaker “could not come away with any other impression: This is getting bad.”

Obama, unlike his predecessors who traditionally had the document briefed to them, is known to personally read the daily brief. The former Pentagon official, who has knowledge of the process, said Obama generally was not known to come back to the intelligence community with further requests for information based on the daily report.