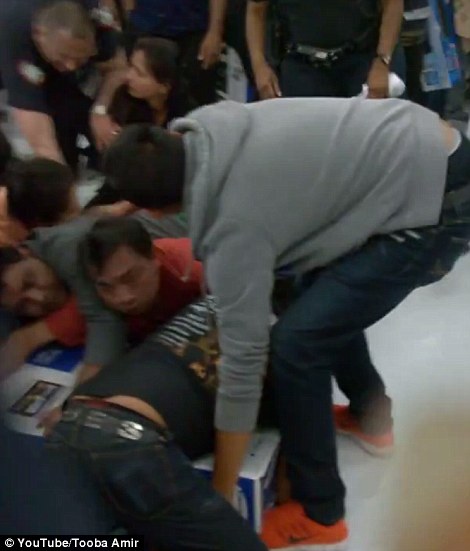 Violent skirmishes between shoppers broke out across the country overnight as bargain hunters battled for cut-price TVs, tablets and even Barbie dolls during the annual Black Friday madness.

But with many big-box stores opening on Thursday evening, mall crowds were relatively thin early on Friday – in a sign that the mad rush is happening the night of Thanksgiving and more consumers are picking up deals online.

Most major retailers now open their doors Thursday evening and offer extended holiday deals rather than limiting them to one day. The result is a quieter experience on what has traditionally been the busiest, and sometimes most chaotic, shopping day of the year.