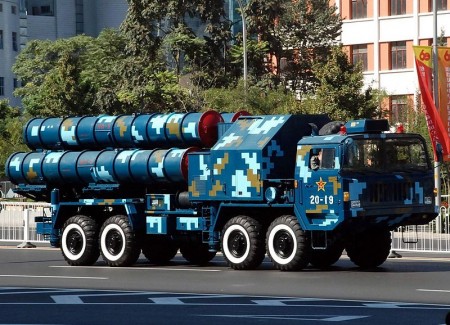 China’s military has conducted the first flight test of a new variant of one of its road-mobile intercontinental ballistic missiles in a sign that Beijing is increasing its strategic strike capability against the United States.

The test of a new DF-31B missile was conducted Sept. 25 from a missile test range in central China.

A Pentagon spokeswoman declined to provide details of the test.