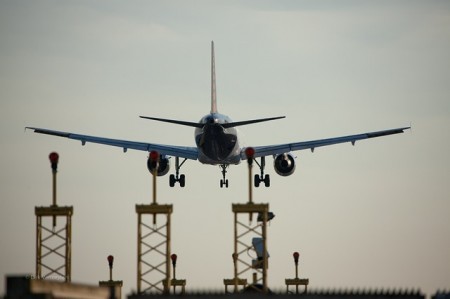 Now that a man in the United States has been diagnosed with Ebola, some are asking why we haven’t stopped allowing people traveling from West Africa into our airports.

Thomas Eric Duncan, the patient currently being treated in the Dallas area, boarded a flight from Liberia on Sept. 19 and arrived in Texas on Sept. 20. United Airlines said Wednesday that it was told by the CDC that Duncan had used the airline to travel from Brussels to Dulles International Airport outside Washington, D.C., before flying from Dulles to Dallas-Fort Worth.

Authorities have said repeatedly that there is no danger of anyone getting sick from flying with Duncan because was not symptomatic at the time.

With every connecting flight carrying passengers who have recently been in the Ebola-ravaged countries of Sierra Leone, Guinea or Liberia, the chances of another exportation increase.

1 thought on “Why hasn’t the U.S. closed its airports to travelers from Ebola-ravaged countries?”