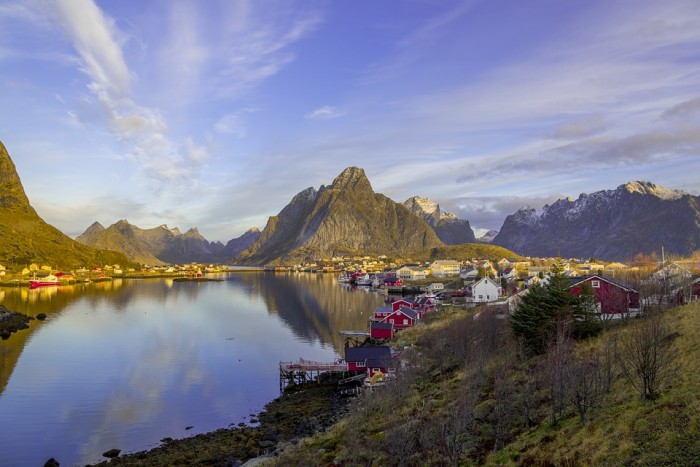 All over the United States, cities of refuge are being created. Now when I say “cities”, I don’t mean vast areas of land that can hold hundreds of thousands or millions of people. Rather, I am talking about much smaller places of refuge that can accommodate dozens or hundreds of people. In a few cases, I know of places of refuge that will be able to take in thousands of people, but that is about as big as they get. There are individuals all across America that have specifically felt called to build communities where large numbers of people will be able to gather when society totally collapses. So why is this happening? Why do so many people feel such an urgency to create cities of refuge that would presumably never be used if we don’t ever see full-blown societal breakdown?

In the headline, I claimed that hundreds of these “cities of refuge” are being created, but the truth is that it could easily be thousands. I have personally talked to countless numbers of people that are like my wife and I and are planning to be able to take in members of their own extended families when things get really crazy. But there are others that are taking things to an entirely different level.

I was recently contacted by a man in New York state that plans to convert a hotel and surrounding facilities into a place of refuge that could potentially accommodate hundreds of people for an extended period of time. I know of a ranch in southern Idaho where the staff has been feverishly preparing to take in thousands of people when society starts completely falling apart. And I have corresponded with so many others both inside the United States and outside the country that are creating these types of communities.

It has been estimated that there are three million preppers in America today. But those that are creating these places of refuge are not just “prepping” for themselves. Instead, they feel called to prepare a place of safety where others will be able to gather when times get really crazy.

Due to the wide reach of my articles, I have had a lot of people involved in these communities reach out to me over time. Some have graciously let my wife and I know that there is a place for us if needed during a major emergency, and others have wanted for us to become personally involved in what they are doing. I wish that I could get involved in all of them, but there is a limit to what any one of us can do. But I always encourage people to keep pressing forward with their preparations, because without a doubt they will be needed someday.

In addition to what is happening inside the United States, there are others that have already left this country and are creating places of refuge abroad. There are people that are doing this in South America, Canada, Australia, New Zealand and the Middle East.

And of course every “place of refuge” looks different. As I mentioned above, some plan on transforming existing hotels or ranches into places of refuge. Others plan to use open land to host large numbers of RVs or to construct vast tent cities.

1. Food – It is going to take vast quantitites of food to even feed dozens of people. When you are talking about hundreds or thousands of people, the amount of food required for a place of refuge will be off the charts.

2. Water – None of us can live without water, and it has been estimated that the average American uses 80 to 100 gallons of water every single day. Of course we would all use a lot less during an emergency situation, but if your “place of refuge” does not have easy access to water that could become a major problem very rapidly.

3. Shelter – It is nice to think that you are going to take in a lot of people, but where are all of them going to sleep? Most people don’t think of mattresses or cots as “survival items”, but the truth is that they are going to be greatly in demand when things get crazy.

4. Power – If the electricity goes off and stays off for an extended period of time, what are you going to do? How will people stay warm, how will you cook food, and how will your community function without any artificial light whatsoever? Having an alternative source of power for your place of refuge is very important.

5. Security – If there was a full-blown collapse of society, any place that still has ample resources is automatically going to become a target. So it is great if you have everything that your community will need, but if you have no way to protect it you can end up losing it all very quickly.

For even more tips on preparing for what is ahead, please see my recent article entitled “70 Tips That Will Help You Survive What Is Going To Happen To America“.

There are a lot of preppers out there that are only preparing for themselves and their immediate families, and anyone else that comes looking for assistance when things get really hard will end up looking down the barrel of a shotgun.

But there are so many others that feel called by God to prepare a place for large numbers of people to gather during the coming storm. They are doing this by faith, because such places have never been needed before in modern American history. Perhaps if you go all the way back to the Great Depression of the 1930s you could find large groups of people that needed somewhere to go, but since that time we have generally been regarded as the wealthiest and most prosperous nation on the entire planet.

Unfortunately, things are rapidly changing in this country. Our economy is in the process of crumbling, there is evidence of social decay all around us, natural disasters are increasing in frequency and intensity, and World War 3 could erupt in the Middle East at any time.

If I am right, the time when these cities of refuge will be needed is not that far away. Unfortunately, the vast majority of Americans are not preparing for what is ahead, and so most of them will be absolutely devastated by the great trials that are directly ahead of us.