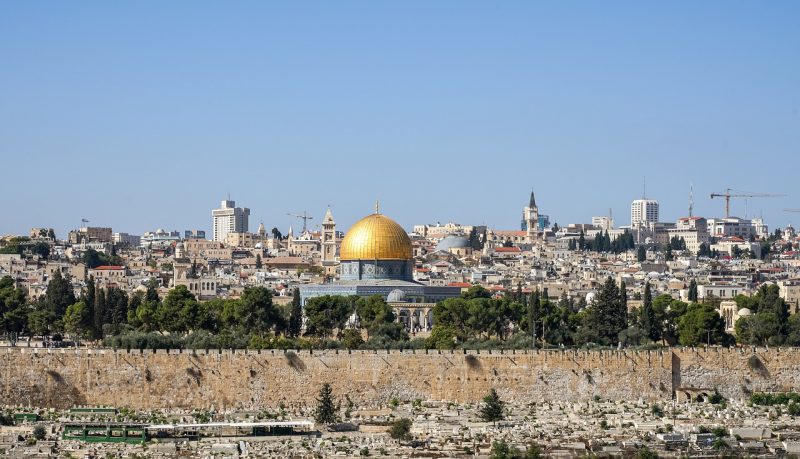 Things have been getting more tense in Jerusalem for weeks, and Monday was the day when tensions really started to boil over.  The violence that we witnessed in the streets of Jerusalem shocked the entire globe, and it threatens to spark a major regional conflict.  At one point, a tree that had been set on fire on the Temple Mount was burning wildly out of control, and that was a perfect metaphor for the emotions that we witnessed on both sides.  As a result of multiple violent clashes, over 300 Palestinians and an undisclosed number of Israelis ended up with injuries…

Though the past week has seen hundreds of Palestinians and Israeli police officers and civilians injured, the defense establishment still thought that the situation could have returned to normal.

But that was wishful thinking.

More than 300 Palestinians and several Israelis were injured in clashes with police officers on Monday in violence that the city has not seen in years.

In response to the chaos in Jerusalem, Hamas fired more than 160 rockets into Israel, and the IDF responded by striking several targets in the Gaza strip.  The following comes from the Jerusalem Post…

The IDF warned Hamas that all options, including a ground operation, were on the table after over 160 rockets were fired towards Jerusalem and southern Israel as thousands of Israelis were parading through downtown to celebrate Jerusalem Day.

Following the rocket fire, the Israel Air Force carried out several strikes in Gaza, killing at least 8 Hamas militants and targeting rocket launchers and two military positions. Palestinian media reported that 20 people had been killed including nine children and another 95 wounded.

We haven’t seen hostilities in the region reach this level in a long, long time.

Politicians around the globe are crying out for peace to be restored, but the leader of Hamas is indicating that more violence may be coming…

Hamas leader Ismail Haniyeh said on Monday night that “Jerusalem has called and Gaza has responded. We will continue as long as Israel does not stop the aggression and terrorism in Jerusalem and at the al-Aqsa Mosque.”

“We are in a fight on several fronts: Jerusalem, Gaza and elsewhere in the country. This evening, on Jerusalem Day, the terrorist organizations in Gaza have crossed a red line and attacked us with missiles in the outskirts of Jerusalem,” Netanyahu said at a ceremony at Ammunition Hill to mark Jerusalem Day.

Netanyahu also said that while Israel does not seek an intensification of hostilities, “the current conflict could continue for some time.”

So what does that mean?

If that happens, that could spark a full-blown regional war.

Hamas and Islamic Jihad are no match for the IDF, but they would fight with everything that they have got and they are certainly capable of launching thousands of rockets toward Israel.

However, if Hezbollah decided to jump in and attack from the north, that would take the conflict to an entirely different level.

Right now, Hezbollah has 150,000 missiles pointed at Israel, and those missiles could do some very serious damage.  At this point, Beirut is absolutely teeming with Fateh 110 rockets that have the range to hit Tel Aviv…

Further north, in Beirut, is Hezbollah’s central headquarters, and the city area is packed with Iranian and Syrian-made Fateh 110 rockets that can reach greater Tel Aviv. It is here that Hezbollah is trying to turn some of those rockets into precision-guided missiles.

Precision-guided missiles are not like the unsophisticated rockets that Hamas lobs toward Israel.  It is being reported that such missiles “can strike targets within an accuracy of a 5-meter diameter”.

And of course if Hezbollah goes to war with Israel, there is always a possibility that Iran may decide to take more direct action against Israel as well.

The Iranians typically don’t like to attack anyone directly, but they could certainly use proxies other than Hezbollah to hit Israel with conventional or unconventional weapons.

Hopefully cooler heads will prevail, and the Biden administration is currently attempting to “de-escalate” the situation…

US Secretary of State Antony Blinken said Hamas must end the rocket attacks “immediately”, adding: “All sides need to de-escalate.”

Unfortunately, at this point Biden’s words don’t exactly carry too much weight in the region.

The Tel Aviv Municipality sent an urgent message to all residents late Monday night that all citywide bomb shelters will be reopened.

The cities of Givatayim, Ramat Gan and Bnei Brak have made similar announcements.

By the time you read this article, events may have escalated even more.  Things are moving very rapidly in the region, and there is a very real danger that a “point of no return” may soon be crossed.

Unfortunately, whether it happens now or later, a major war in the Middle East is inevitably coming.

Israel, Hamas, Islamic Jihad, Hezbollah and Iran have all been preparing for such a war for decades, and when it finally arrives the death and destruction it will cause will stun the entire planet.

So let us hope that it can be put off for as long as possible.

But right now the anger on both sides has reached a boiling point, and missiles are already flying.

In the age of social media, a major event that happens on one side of the globe can go viral on the other side of the globe just moments later.  This free flow of information can be a very good thing, but it can also inflame tensions when millions (or billions) of people around the world are focusing on a single crisis point all at once.

Over the next few days, the eyes of the world will be on Jerusalem, and one false move could spark a major war.

Let us pray that it does not happen right now, but at some point all of the sand will finally run out of the hourglass.