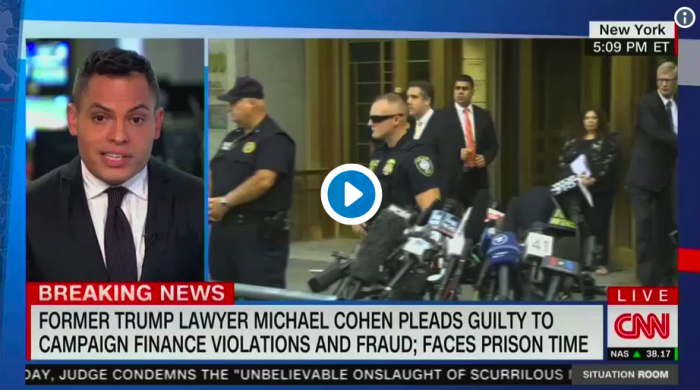 (The Hill) President Trump’s former personal lawyer Michael Cohen was met with “lock him up” chants outside a New York City federal courthouse on Tuesday after pleading guilty to charges of bank fraud, tax fraud and campaign finance law violations.

As Cohen exited the courthouse after pleading guilty to several federal charges, people could be heard shouting “lock him up” in addition to “guilty” on CNN.

Michael Cohen leaves the federal courthouse in NYC to chants of “lock him up!” and shouts of “guilty!” pic.twitter.com/QmPPB07P8Q