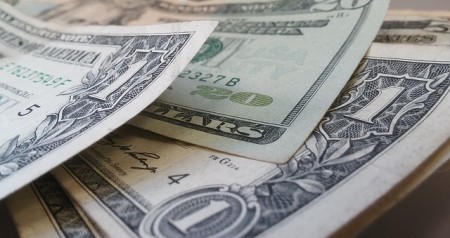 It appears there is another nation on planet Earth that is becoming isolated. One by one, Russia and China appear to be finding allies willing to ‘de-dollarize’; and the latest to join this trend is serial-defaulter Argentina. As Reuters reports, China and Argentina’s central banks have agreed a multi-billion dollar currency swap operation “to bolster Argentina’s foreign reserves” or “pay for Chinese imports with Yuan,” as Argentina’s USD reserves dwindle. In addition, Argentina claims China supports the nation’s plans in the defaulted bondholder dispute.

Having met ‘on the sidelines’ in Basel, Switzerland in July, Argentine and Chinese central banks agreed to a currency swap equivalent to $11b that Cabinet Chief Jorge Capitanich said could be used to stabilize reserves.. (as Reuters reports)

Argentina, which defaulted on its debt in July, will receive the first tranche of a multi-billion dollar currency swap operation with China’s central bank before the end of this year, the South American country’s La Nacion newspaper reported on Sunday.

The swap will allow Argentina to bolster its foreign reserves or pay for Chinese imports with the yuan currency at a time weak export revenues and an ailing currency have put the Latin American nation’s foreign reserves under intense pressure.

La Nacion said Argentina would receive yuan worth $1 billion by the end of 2014, the first payment of a loan worth a total $11 billion signed by Argentina’s President Cristina Fernandez and her Chinese counterpart in July.