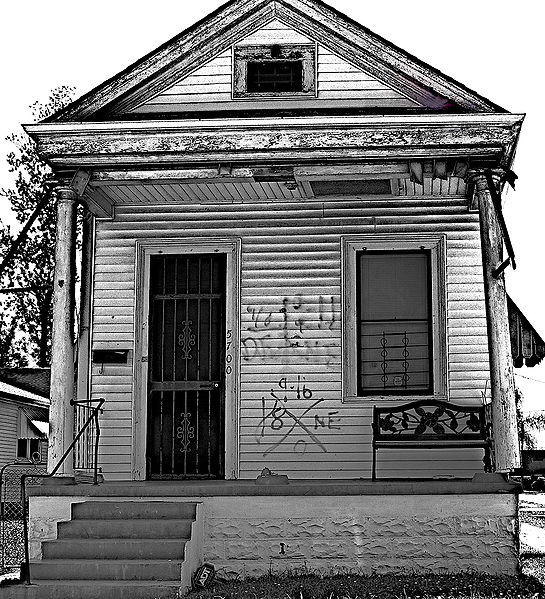 We are the generation that gets to witness the end of the American Dream. The numbers that you are about to see tell a story. They tell a story of a once mighty economy that is dying. For decades, the rest of the planet has regarded the United States as “the land of opportunity” where almost anyone can be successful if they are willing to work hard. And when I was growing up, it seemed like almost everyone was living the American Dream. I lived on a “middle class” street and I went to a school where it seemed like almost everyone was middle class. When I was in high school, it was very rare to ever hear of a parent that was unemployed, and virtually every family that I knew had a comfortable home and more than one nice vehicle. But now that has all changed. The “American Dream” has been transformed into a very twisted game of musical chairs. With each passing year, more people are falling out of the middle class, and most of the rest of us are scrambling really hard to keep our own places. Something has gone horribly wrong, and yet Americans are very deeply divided when it comes to finding answers to our problems. We love to point fingers and argue with one another, and meanwhile things just continue to get even worse. The following are 22 numbers that are very strong evidence of the death of the American Dream…

#2 One recent survey discovered that 55 percent of Americans believe that the American Dream either never existed or that it no longer exists.

#3 Considering the fact that Obama is in the White House, it is somewhat surprising that 55 percent of all Republicans still believe in the American Dream, but only 33 percent of all Democrats do.

#4 After adjusting for inflation, median household income has fallen by nearly $5,000 since 2007.

#6 At this point, 59 percent of Americans believe that “the American dream has become impossible for most people to achieve”.

#8 For each of the past six years, more businesses have closed in the United States than have opened. Prior to 2008, this had never happened before in all of U.S. history.

#10 According to one recent report, 43 million Americans currently have unpaid medical debt on their credit reports.

#11 Traditionally, owning a home has been one of the key indicators that you belong to the middle class. Unfortunately, the rate of homeownership in the U.S. has now been falling for seven years in a row.

#12 According to a survey that was conducted last year, 52 percent of all Americans cannot even afford the house that they are living in right now.

#13 While Barack Obama has been in the White House, the number of Americans on food stamps has gone from 32 million to 46 million.

#14 The number of Americans on food stamps has now exceeded the 46 million mark for 38 months in a row.

#15 Right now, more than one out of every five children in the United States is on food stamps.

#16 According to a Washington Post article published just recently, more than 50 percent of the children in U.S. public schools now come from low income homes. This is the first time that this has happened in at least 50 years.

#17 According to the Census Bureau, 65 percent of all children in the United States are living in a home that receives some form of aid from the federal government.

#21 According to one recent survey, 62 percent of all Americans are currently living paycheck to paycheck.

#22 According to CNN, the typical American family can only “replace 21 days of income with readily accessible funds”.

The key to the recovery of the middle class is jobs.

Unfortunately, more middle class jobs are being offshored, are being replaced by technology, or are being lost to a slowing economy every single day. The competition for the jobs that remain is incredibly intense. Just consider the following example…

In 2012, Eric Auld, an unemployed 26-year-old with a master’s degree in English, decided to find out what was on the other side of the black hole. He created a fake job ad as an experiment:

If you have ever applied for a job like that, I offer my condolences. You have better odds at the casino. Auld received 653 responses in 24 hours. 10% of the applicants had more than 10 years of experience, and 3% of them had master’s degrees. Presumably, one of them would get the job. But what does that mean? It means that all the other experienced applicants and master’s degree holders would remain unemployed. That is about 64 experienced workers and about 19 workers with master’s degrees.

So how can we get this turned around?

How can we start to increase the number of middle class jobs in America once again?

(originally published on End of the American Dream)