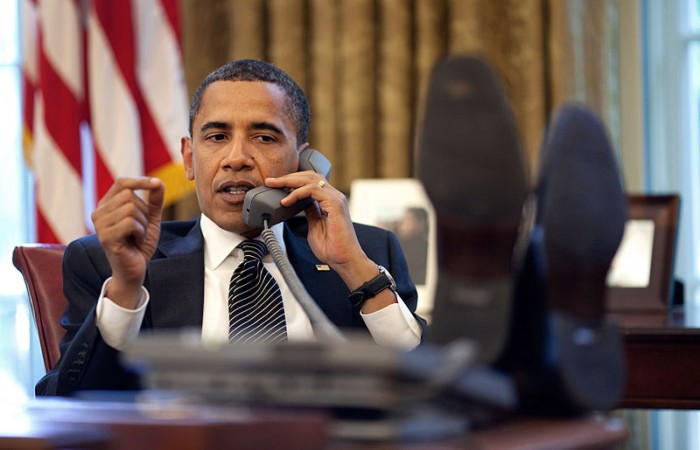 Among the free entitlements offered to lower-income individuals and those less fortunate are free cell phones subsidized by tax payments from the middle class. The program, originally designed under President Ronald Reagan and pushed into the mainstream by President George Bush, has exploded under President Obama with over 13 million phones issued to “qualified” individuals in 2014 alone. The phones are supposed to give people who would otherwise not be able to afford them a lifeline to emergency services and loved ones.

But according to an undercover report by CBS News, the Lifeline Wireless program is plagued by outrageous levels of fraud.

If you own a cellphone, you pay for the free phones and their wireless plans via a monthly tax on your cellphone called the Universal Service Tax. Although the Lifeline wireless program has been around since 2005 and started under President George W. Bush, it ballooned under President Obama and the phones are often referred to as Obamaphones.

To qualify for one of the cellphone plans, you have to be low income — on food stamps, Medicaid, housing assistance or some other government program.

But multiple times a CBS4 producer and reporter found phone agents in Denver circumventing strict government rules to ensure that only the truly needy get the free phones.

The company is asking the public to let it know of any improper activity with regard to Lifeline applications submitted to Total Call.

Of course, Total Call would have probably preferred to continue shipping phones and service plans without these pesky investigations because it was a financial boon for their company. Under the Obamaphone plan everyone makes money. Well, almost everyone, except for the people who actually have to pay for them through forced mandates.