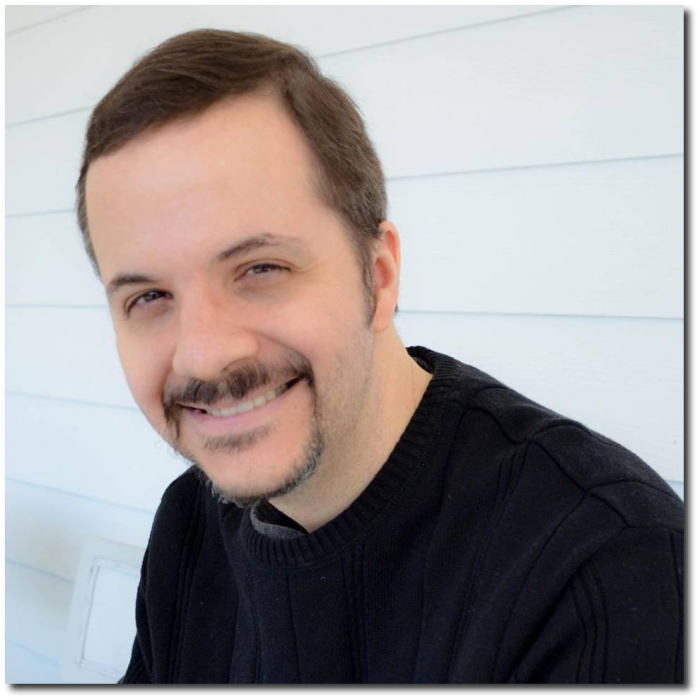 It has been said that a journey of a thousand miles begins with a single step. Well, I would like to share a little bit of my journey with you, and hopefully this will inspire someone out there. We live in a day and age when you don’t have to be a celebrity to make a difference. I know this is true because ten years ago I was about as anonymous as you could possibly get. I was newly married and working as a lawyer in the heart of Washington D.C. not too far from the White House. That may sound glamorous to you, but it definitely was not. Approximately one out of every 12 residents of D.C. is a lawyer according to some estimates, and so they are a dime a dozen. And my work was about as meaningless as you could get. If there was a lawyer version of a toilet scrubber, that would have been me. Nobody knew who I was, and nobody cared who I was. I was having no real measurable impact on the world around me, but I wanted to. I just didn’t know how.

In 2008, I started to look into something called blogging. I learned that there were more than a million blogs already on the Internet by that time, and so I had no idea why anyone would possibly want to read anything that I had to say, but I decided to try it. I began with a few free Blogger blogs, and my readership in those days could have been measured with a magnifying glass.

But I stuck with it.

And that is one of the keys to success in any area of life. So many people give up if they don’t have immediate success. And that is so sad, because all “overnight success stories” had to start somewhere.

So do not despise small beginnings – they can ultimately lead to something great.

Eventually my readership began to grow, and the real turning point for me came when I left the legal world at the end of 2009 and started The Economic Collapse Blog. Of course that had very humble beginnings as well. The first month the site was live I only had about 4,800 pageviews. But that was a whole lot more than I had before.

Very early on I decided that I was going to try to put out the highest quality articles that I could possibly write, and people really responded to that. They knew that they weren’t getting straight answers about the economy from the mainstream media, and they were seeking out alternative sources of information. We have seen the “alternative media” absolutely explode in recent years, and I am proud to be part of that revolution.

In early 2010, my wife and I decided to take a leap and move across the country to a little town outside of Seattle, Washington. We didn’t really have much money, so it was kind of a crazy thing to do. But we felt called to do it, so by faith we packed up our lives and moved all the way across the continent. We figured that I could make a little money writing and she could make a little money painting furniture and we could figure out a way to survive somehow.

We spent a little over a year out near Seattle, and during that time The Economic Collapse Blog started to grow by leaps and bounds. We also had other websites such as End Of The American Dream and The Most Important News that were really starting to grow as well, and so we felt secure enough to seek out a more permanent home. That was always the plan anyway, because we wanted to get away from the large population centers.

God eventually led us to a wonderful home in the mountains in a very isolated part of the northwest United States. And my wife and I both agree that this is the best place that either of us have ever lived. We absolutely love the peace and quiet, and the view that we have across the valley is priceless. I could have very easily sat up on that mountain living a very quiet life for the rest of my days and been very happy.

But God had other things in mind for us. When we moved up there, we believed that God was instructing us to prepare for what He wanted us to do. So we studied, and we prayed and we kept working on our websites. And then we studied, and we prayed and we worked some more. We never knew what kinds of doors God was going to open up for us. By faith we just tried to do what we believed that He was instructing us to do.

And of course many of you already know about the amazing doors that God has been opening up for us over the past few years. He is doing things that I never even would have imagined asking Him to do.

The reason why I am sharing all of this is to say that if someone like me can be used to make a difference, so can you.

If a completely anonymous Washington D.C. lawyer can move to the mountains in the middle of nowhere and be used to touch millions of lives all over the planet, that just shows that all things are possible with God.

Of course not everyone has a talent for writing. But we all have some way to make a difference. Individually, each one of us in limited, but collectively we can make a massive difference in this world if we are willing to work together.

When I was growing up, I wanted to be a rock star someday, but to this day I still don’t have any musical talent. However, there are people out there with amazing gifts in that area, and I often find myself in awe of their talents.

Other people can make a different in other areas. What some people are about to do with YouTube videos absolutely amazes me. Others write gripping novels or host amazing radio shows. And yet others organize street protests or get heavily involved in local politics.

We all have different gifts and abilities, and we all have ways that we can make a difference.

You may choose to curse the darkness when it comes, but I plan on lighting a candle.

No matter how bad things get, I will not bend, I will not break and I will not fear. It is when times are the darkest that the greatest heroes are needed, and we need people that are going to be willing to face the great challenges that are coming with tremendous strength and courage.

Even in the midst of all of the chaos and all of the darkness, my wife and I believe that the greatest chapters of our lives are still ahead of us.

And we invite you to work with us to make a difference. God took the broken pieces of my life and turned them into a beautiful thing, and He can do the same thing for you.

No matter how hard things may seem right now, please do not give up.

In fact, your future is only just beginning, and all things are possible…