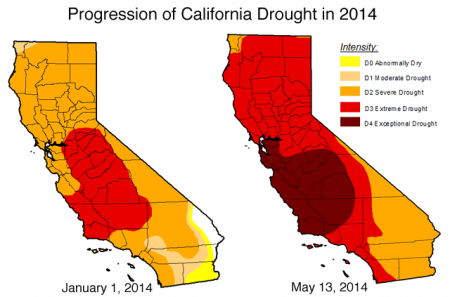 Rainy seasons over the last two years were the driest in downtown Los Angeles since record-keeping began in 1877, and forecasters now say the El Niño that had been predicted to bring some relief may not materialize.

“It’s the worst drought we probably have see in our lifetime,” said Eric Boldt, warning coordination meteorologist for the National Weather Service in Oxnard.