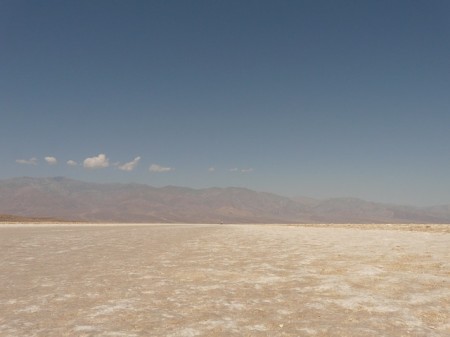 File under apocalyptic imagery: The western United States’ worst drought in possibly 500 years is causing the ground to rise up like an uncoiling spring.

A new report in Science from the Scripps Institution of Oceanography at U.C. San Diego found that the massive loss of groundwater associated with the drought has caused a tectonic “uplift” of more than half an inch in California’s mountains, with an average 0.15 of an inch across the west.

Sifting through ground-positioning data from GPS stations throughout the region, the researchers had discovered those stations had been moving upwards in recent years, coinciding with the current drought. Duncan Agnew, a geophysicist specializing in earthquakes and an author of the study, told Scripps that the data can only be explained by a rapid uplift of the tectonic plate underlying the western U.S. (which, he stressed, has virtually no effect on the San Andreas fault and does not increase risk of earthquakes).