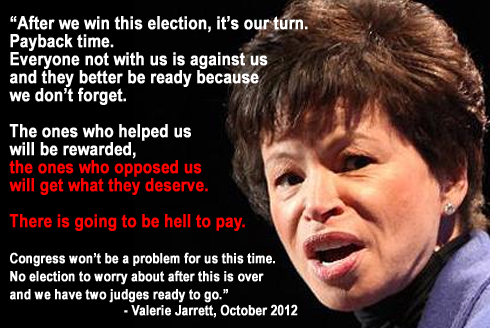 President Obama’s senior advisor Valerie Jarrett is related to hardcore communists who were investigated by the government, according to the FBI.

Jarrett’s father, geneticist Dr. James Bowman, had extensive ties to communist groups and was even in contact with a Soviet agent during the Cold War.

“Bowman was born in Washington D.C. and had deep ties to Chicago, Ill., where he often collaborated with fellow communists.”