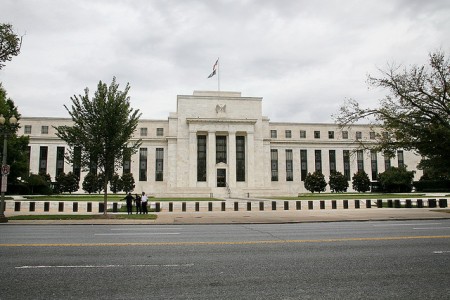 The Federal Reserve is leaning toward ending its extraordinary economic stimulus in October, minutes of the Fed’s June 17-18 meeting show.

Citing an improving labor market and economy, Fed policymakers have tapered their government bond purchases in $10 billion increments at each meeting since December, cutting them to $35 billion a month from $85 billion. At that pace, the Fed would be buying $15 billion in Treasury bonds and mortgage-backed securities by its October meeting.