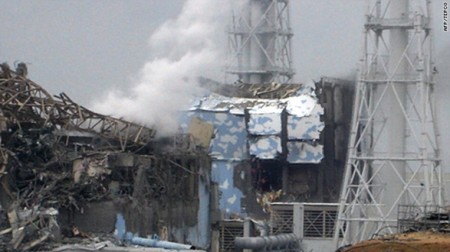 Fukushima operator TEPCO has been forced to switch off the cooling system at mothballed Reactor Unit 5, after it was discovered that it had been leaking water. In nine days, if the system is not repaired, temperatures will exceed dangerous levels.

Engineers have discovered that 1,300 liters of water leaked from a cooling system intended to stabilize the temperature of the spent fuel at the Reactor Unit 5, which was offline but loaded with fuel rods when the plant was damaged by the earthquake and tsunami in March 2011.

The source of the leak was a 3 mm-diameter hole near a flow valve, a statement published by the Japanese energy giant on Sunday asserts. However it is unclear from company data if the location of the opening has been discovered, or whether it was calculated with flow measurements.

At the time when the cooling system was switched off at around 12pm on Sunday, the temperature in the pool in which the rods are submerged was 23C but started increasing by 0.193 degrees per hour, TEPCO says.