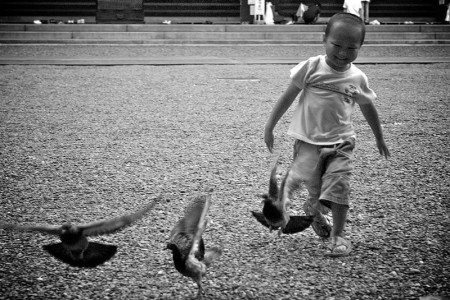 Some 39 months after the multiple explosions at Fukushima, thyroid cancer rates among nearby children have skyrocketed to more than forty times (40x) normal.

More than 48 percent of some 375,000 young people—nearly 200,000 kids—tested by the Fukushima Medical University near the smoldering reactors now suffer from pre-cancerous thyroid abnormalities, primarily nodules and cysts. The rate is accelerating.

More than 120 childhood cancers have been indicated where just three would be expected, says Joseph Mangano, executive director of the Radiation and Public Health Project.

The nuclear industry and its apologists continue to deny this public health tragedy. Some have actually asserted that “not one person” has been affected by Fukushima’s massive radiation releases, which for some isotopes exceed Hiroshima by a factor of nearly 30.

3 thoughts on “Fukushima’s Children Are Dying”