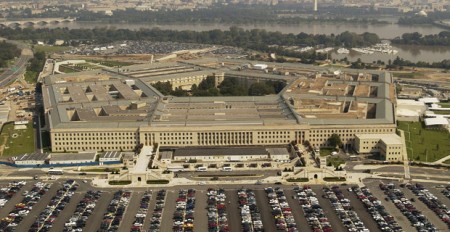 A think tank connected to Zbigniew Brzezinski and Henry Kissinger, the Center for Strategic and International Studies (CSIS), is calling for retooling the U.S. military in preparation of a “great power conflict” with “a newly aggressive Russia and rapidly modernizing China,” according to Homeland Security News Wire.

Zbigniew Brzezinski, President Jimmy Carter’s former national security adviser and co-founder of the globalist Trilateral Commission with David Rockefeller, is a longtime adversary of the Soviet Union and now Russia. He has worked to revitalize the Cold War ethos by exploiting the conflict in Ukraine and warns about the threat of “Russian chauvinism” and the need for containment.

Under the pretext of responding to a federal budget sequestration, the CSIS study suggests the United States “maintain its full triad of bombers, submarines, and intercontinental ballistic missiles meant to deter or carry out nuclear warfare” as emphasis shifts from the Middle East to an ultimate confrontation with Russia and China.

“The trend lines in the relationships between the United States and its near-peer competitors, China and Russia, are worsening — cooperation and competition have been largely replaced with competition, which itself is migrating toward conflict,” the authors of the study argue.