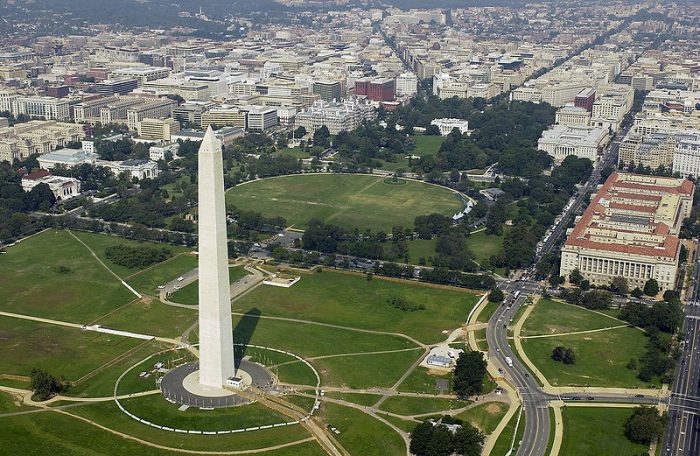 Seven activists who D.C. police said are affiliated with Greenpeace climbed a construction crane in downtown Washington on Wednesday morning, snarling traffic and bringing work on a new office building to a halt.

At least two protesters attached themselves to the crane, police said, while others were on the outstretched arm, or jib. Two wearing safety harnesses descended down ropes, unfurling a 35-foot-by-75 foot banner emblazoned with the word “Resist.”