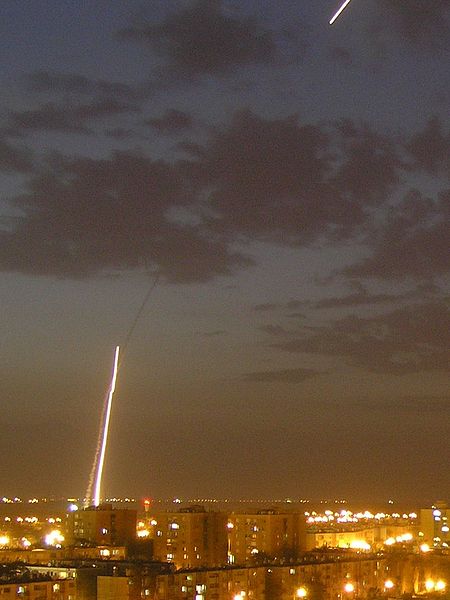 Israel said on Friday it would not bow to international pressure to end air strikes in Gaza that officials there said had killed almost 100 Palestinians, despite an offer by U.S. President Barack Obama to help negotiate a ceasefire with militants.

Asked if Israel might move from the mostly aerial attacks of the past four days into a ground war in Gaza to stop militant rocket fire, Prime Minister Benjamin Netanyahu replied, “we are weighing all possibilities and preparing for all possibilities.”

“No international pressure will prevent us from acting with all power,” he told reporters in Tel Aviv a day after a telephone conversation with Obama about the worst flare-up in Israeli-Palestinian violence in almost two years.