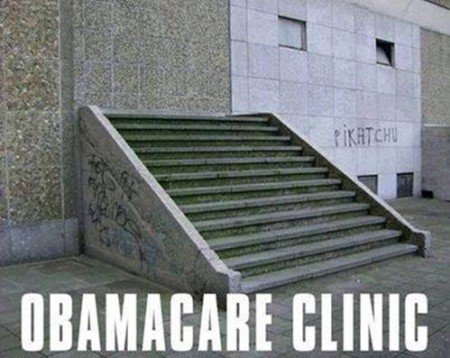 A federal appeals court on Tuesday dealt a setback to the Affordable Care Act, ruling that premium subsidies provided through the federal health exchange in 36 states are invalid under the writing of the law.

Here’s the practical effect of the ruling, if it withstands the rest of the legal process: More than 5 million, generally low-income Americans who received tax credits through the federal exchange to purchase health insurance, would see their premiums explode.

Avalere Health, an independent healthcare firm, released an analysis last week showing that people who received premium subsidies for health insurance would see a premium hike of about 76% if courts ultimately rule they can’t get tax credits through the federal exchange.

“The court case has major implications for future insurance coverage and access to care for millions of Americans,” said Caroline Pearson, vice president at Avalere Health. “Depending on the ultimate decision by the courts and absent some other remedy, individuals in at least 25 states who remain in their current plans could see an average premium increase of over 70%.”