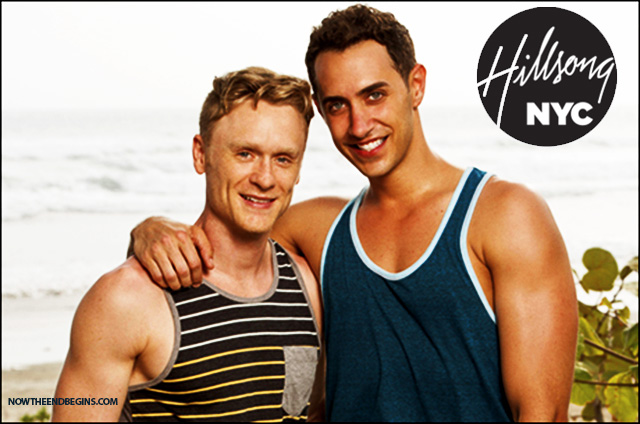 Hillsong Church in New York City attracts over 7,000 energized worshippers every week. It’s pastor, Carl Lentz, has a half-shaved head, ripped jeans, is covered with tattoos and draws a celebrity audience of people like Justin Beiber and NBA star Kevin Durant. When it comes to the topic of same-sex marriage, however, their official position is shrouded in half-answers and obfuscation. But one thing is quite clear: they allow an openly and unrepentantly gay couple to lead their choir.

Josh Canfield, in an interview with Playbill.com, said this in January of 2015: ” I became truthful with my church. I’m a part of Hillsong NYC. I’m one of their choir directors. I also sing on their Worship team. They’ve been amazing as well. Nothing has changed there now that I’m completely out and with Reed. He sings in the choir as well.”