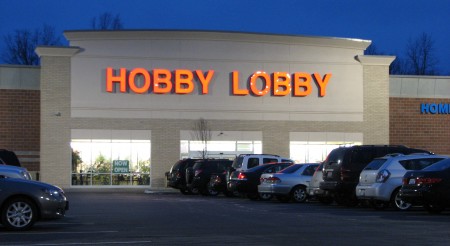 Among the many and complex issues in the pending Supreme Court case Sebelius v. Hobby Lobby, there is one that should be a straightforward matter of fact. In the case, Hobby Lobby claims that it is forced to either offer health coverage that it finds morally objectionable, or else pay ruinous fines. During oral argument, Justice Kagan, picking up on a suggestion by Justice Sotomayor, claimed that Hobby Lobby has a third option: it could just stop offering healthcare coverage altogether, pay a $2,000 per employee “tax,” and not be significantly worse off. Could the solution really be that simple?

During this exchange, which occurred about a quarter of the way into oral argument, Justice Sotomayor asked “isn’t there another choice nobody talks about, which is paying the tax, which is a lot less than a penalty and a lot less than the cost of health insurance at all?” In response, Mr. Clement, co-counsel along with the Becket Fund for Hobby Lobby, pointed out that in addition to the $2,000 penalty, the company would also have to increase its employees’ wages to allow them to buy their own health insurance.