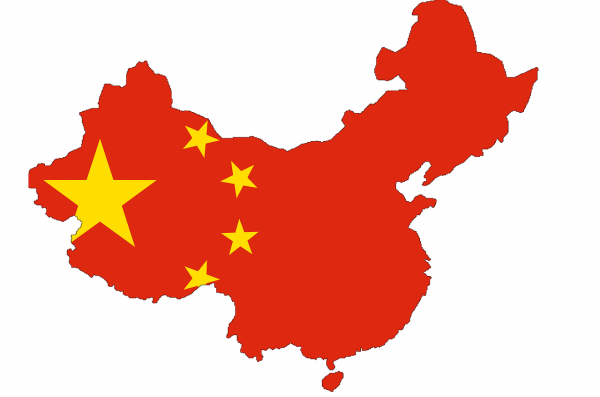 On January 25th, 2000 a remarkable vision regarding the future of China was given to Hollie L. Moody. She was shown that there would be a great spiritual revival in China, but following that there would be a horrific global war. Well, the revival has already taken place. Over the last couple of decades, millions of Chinese have put their faith in Jesus Christ, and now it is estimated that there are well over 100 million Christians in the nation of China today. But now the time of trouble that Moody also saw has begun. Churches are being shut down and Bibles are being burned all over China, and Chinese relations with the U.S. are the worst they have been in decades. So keep all of this in mind as you read Hollie L. Moody’s vision from the year 2000…

I have had a burden for the nation of China, which has grown since the beginning of this year. As I was praying for this nation this morning, this is what I saw in my mind: I was out way above the earth, in the heavens, looking down upon the earth. My attention was drawn to a very dark spot on the earth. The Lord was with me. “What is that dark spot?” I asked the Lord. “That is the nation of China,” the Lord replied. “Come and see.”

The Lord and I seemed to draw closer to this dark spot on the earth that the Lord had told me was China. I saw as if it were prison bars completely surrounding the entire nation. The nation was in almost total darkness, and even the small, faint light that there was was dim and gloomy looking. There were people from within China pressed up against the prison bars surrounding their country. They were very thin, were in rags, their clothes tattered and filthy.

They appeared as if they had been physically beaten. They had blindfolds over their eyes. They were reaching through the bars they were pressed up against, and they were weeping and crying out, “Come to us !!!! Come to us and feed us !!! We are so very hungry. Come to us !!!!” Over and over again they cried these things out. “I have surely heard their prayers and their cries,” the Lord said to me. “Behold !!!” The Lord stretched out one of His arms towards the heavens. I looked and saw the sun rising. It was a tremendous, glorious sunrise.

The sun was as if it were on fire. The higher the sun came into the sky, the fiercer it burned. It began to permeate the nation of China. The rays of the sun were as flames of fire, and reached down right into the heart of China. When the sun’s rays hit the ground in China, the rays became as flames of fire spreading over the whole ground and nation. The blindfolds on the people’s eyes were burned off. The flames entered into their mouths, and they began to “grow fat” before my eyes.

They began to sing and shout and dance and rejoice. It was as if the entire nation caught fire and was fully and totally illuminated by the sun, which was now high in the sky directly over China. “Behold, it comes,” the Lord said. His voice was filled with tremendous sadness. I felt a sense of impending doom and began to glance uneasily around me. Then, I felt a chill. The chill began to creep across the nation of China. Some of the Chinese people began to feel this chill also. “Work harder !!! Work harder !!! ” they cried out to the people around them. “The night is coming. Work while it is yet day and while the glory of the Lord continues to shine upon us.” “It is come,” the Lord said.

I felt tremendous fear enter into my heart. Then, a darkness began to creep across the flaming sun. I glanced up at the sun. It was like an eclipse was taking place. But when I looked closer, I saw that it was a small red dragon that was creeping across the sun. The further across the sun the red dragon crept and covered, the larger the dragon grew. And the darker and dimmer the light of the sun became. The Chinese people were beginning to glance around fearfully and to cry out in terror.

“What is it?” they cried out. “What is happening?” The red dragon began to roar. When the Chinese people heard the roars of the dragon, they fell on their faces to the ground, with their hands over their heads and ears. I heard their cries of fear and terror, and felt so much fear and helplessness myself as I saw this transpiring. “They come,” the Lord said. When I looked at Him, I became aware that He was weeping over China. I looked back up into the heavens. I saw a large group of smaller dragons forming behind the red dragon. They all began to roar, and to grow larger.

Then, with a mighty roar, the red dragon and the dragons following behind him, descended as a lightning bolt into the very heart of China. They brought with them a thick darkness that could be felt. I could see nothing. I felt the Lord put His hands over my eyes. When I opened my eyes back up, I could see into the darkness of China to what was beginning to transpire. The red dragon had a very long tail. With its tail, it had completely covered China. The smaller dragons were beginning to enter into people. When they entered into people, the people would rise up, stand up very tall and straight, with their eyes staring straight ahead. A sword was given unto them, and they began to form in line after line after line, one behind the other; forming a tremendous army. The red dragon continued to roar.

Then, when the army of people was formed, the red dragon positioned himself at the head of the army of people. They all faced forward and began to move. As the red dragon, the other dragons, and the vast army of Chinese people began to move, everything that came across its path, was devoured. The red dragon continued to grow larger and larger as it devoured all before it. The smaller dragons and the vast army of Chinese people continued to march. I could hear the sound of their boots as they marched, and it was as thunder. The red dragon, the smaller dragons, and the army of Chinese people marched across the face of the earth; devouring whole nations and peoples as they went. The Chinese army kept its face staring steadfastly straight ahead, never looking to the right or to the left. I saw the red dragon, the smaller dragons, and the Chinese army approaching a sparkling city. This city appeared to be of gold, and had like a gauzy veil over it.

I began to glance around, looking to see where the Lord had gone. I heard a shout coming from above my head. I glanced up, and saw the sky above me splitting wide open. I saw a large hole forming in the heavens above me, and such intense light began to pour forth from this hole, that I was knocked down by its brilliance. I felt as if I had been blinded by this light, but when I looked back up, I could still see. I saw a white horse erupt through the hole that had split in the heavens above my head. The Lord was on this white horse’s back. The Lord had a flaming sword in His hand, and a shield of pure glittering gold in His other hand.

He had a crown of gold upon His head, and was dressed all in white. Then, the Lord and His horse was through the hole in the heavens, and army after army came charging out of the hole behind the Lord. This heavenly army was also all dressed in white, and also had flaming swords and shields of gold. They were also seated on white horses. These were the largest, most magnificent horses I had ever seen. The heavenly army went charging after the Lord, and gathered themselves over the city of Jerusalem. The red dragon, the smaller dragons, and the Chinese army continued to run towards Jerusalem. They continued to roar.

The Lord and His armies gave a shout, then they charged at the red dragon, the smaller dragons, and the Chinese army. A terrible battle began. I could hear thunders, see lightnings, hear the shouts and roars and cries of both armies ~~ the Lord’s armies, and the red dragon and his Chinese army. The earth was shaking and quaking and being torn open. Buildings were falling and toppling from within Jerusalem. I heard screams and shouts from the people from within the city of Jerusalem. Then, I heard a deafening blast, such as a dynamite blast, only much much greater.

Then, there was a tremendous silence. I heard no more shouts, no more roars, no more screams or cries. All was silent and quiet. When I tried to look around to see what had happened. It was as if I could see nothing. There was a very very thick dark cloud covering the whole scene of this battle. Then, I heard another shout, and I knew it was the lord. I glanced up, for the shout had come from up above me. I saw a city coming down from the heavens, but it was also a bride. As she descended from the heavens, the Lord gave another shout. I glanced around, then located the Lord on His horse on a mountain. His armies were gathered around Him at the base of the mountain.

When the Lord shouted the second time, His armies began to shout also, and it was the shout of victory. The city bride continued to descend from the heavens. Then, the vision ended. In Him~~ Hollie L. Moody