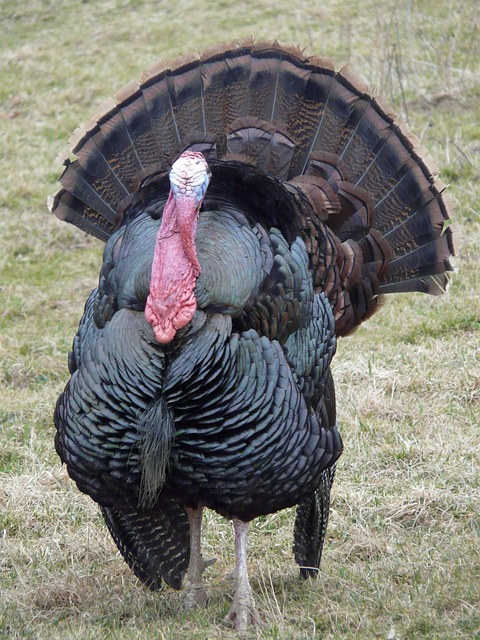 Thanksgiving turkeys are one of America’s oldest holiday traditions. But with their giant size, stooped frame, and limited mobility, today’s birds bear little resemblance to their early counterparts. So how did we end up with these modern megabirds? According to Suzanne McMillan, senior director of the farm animal welfare campaign of the American Society for the Prevention of Cruelty to Animals, it wasn’t by accident.

Up until the the 1950s, turkeys found on Thanksgiving tables were essentially the same as their wild counterparts. But then, says McMillan, American poultry operations began to expand to meet Americans’ growing demand for meat. Turkey farmers began to selectively breed birds for both size and speed of growth—especially in the breast, the most popular cut among American diners. The birds grew so fast that their frames could not support their weight, and as a result, many turkeys were bowlegged and could no longer stand upright. The male turkeys, or toms, got so big—as heavy as 50 pounds—that they could no longer manage to transfer semen to hens. Today, reproduction happens almost exclusively through artificial insemination.