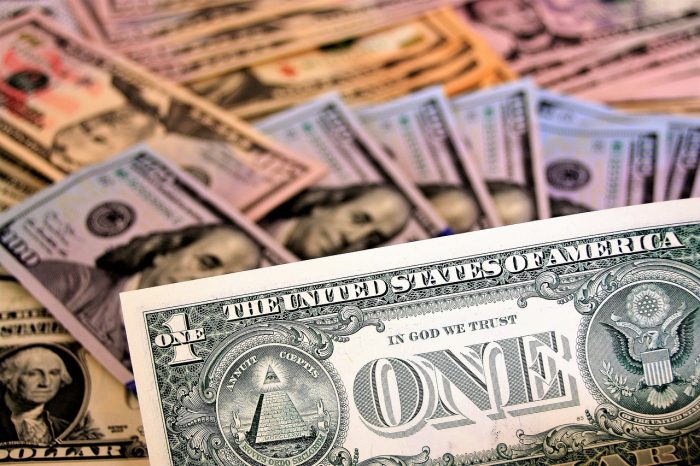 The Federal Reserve has decided not to come to the rescue this time. All of the economic numbers tell us that the economy is slowing down, and on Wednesday Fed Chair Jerome Powell even admitted that economic conditions are “softening”, but the Federal Reserve raised interest rates anyway. As one top economist put it, raising rates as we head into an economic downturn is “economic malpractice”. They know that higher rates will slow down the economy even more, but it isn’t as if the Fed was divided on this move. In fact, it was a unanimous vote to raise rates. They clearly have an agenda, and that agenda is definitely not about helping the American people.

Early on Wednesday, Wall Street seemed to believe that the Federal Reserve would do the right thing, and the Dow was up nearly 400 points. But then the announcement came, and the market began sinking dramatically.

The Dow Jones Industrial Average lost 720 points in just two hours, and the Dow ended the day down a total of 351 points. This is the lowest that the Dow has been all year, 60 percent of the stocks listed on the S&P 500 are in bear market territory, and at this point approximately four trillion dollars of stock market wealth has been wiped out.

We haven’t seen anything like this since the last financial crisis. This is officially the worst quarter for the stock market since the fourth quarter of 2008, and it is the worst December that Wall Street has experienced since 1931.

It is insanity to raise interest rates when stocks are already crashing, but the Federal Reserve did it anyway.

They knew what kind of reaction this would cause on Wall Street and in other global markets, but that didn’t stop them. The financial world is in utter turmoil, and this move by the Fed has definitely added fuel to the fire.

Could it be possible that they actually want a stock market crash?

Some are suggesting that the reason why the vote was unanimous was because they wanted to send a “strong signal” to President Trump. He has been extremely critical of the Federal Reserve in recent weeks, and this could be a way for the Fed to show Trump who is really in charge.

They are calling this “the Trump economy”, but that is simply not true. And when Barack Obama was in the White House, it wasn’t “the Obama economy” either. Ultimately, it is the Federal Reserve that is running the economy, and they fiercely guard their independence and their authority.

President Trump knows that the only way that he is going to win in 2020 is if the economy is doing well, and he also understands that higher interest rates will slow the economy down.

So essentially the Federal Reserve has a tremendous amount of political power in their hands.

During the Obama era, the Fed pushed interest rates all the way to the floor and kept them there for many years.

But now the Federal Reserve has raised interest rates seven times since Donald Trump took office, and four of those rate hikes have been under current Fed Chair Jerome Powell.

Needless to say, it certainly doesn’t take a lot of imagination to figure out how Donald Trump is feeling about Powell at this moment.

Then going to the podium and saying “Jay is a great person, has a beautiful wife, very smart man, but I will find someone who is going to do a great job.”

Meanwhile, we continue to get more indications that the U.S. economy is heading for difficult times. Just consider the following news about FedEx…

FedEx shares are plunging after what Morgan Stanley called a “jarring” cut to its annual forecasts, suggesting global growth is slowing far more than most expect – in fact, the bank hinted at the possibility of a “severe recession” unfolding – and prompting expectations of an “uber-dovish hike” by the Fed.

The global logistics bellwether slashed its outlook just three months after raising the view, reflecting an unexpected and abrupt change in the company’s view of the global economy amid rising trade tensions between the U.S. and China. Not only were the cuts were deeper than the Street expected according to Morgan Stanley analyst Ravi Shanker, but everyone is pointing to the following comment from the press release: “Global trade has slowed in recent months and leading indicators point to ongoing deceleration in global trade near-term.”

To see the term “severe recession” used in such a context is more than just a little bit alarming.

The last time the U.S. economy went through a recession, millions of Americans lost their jobs and we saw a wave of mortgage defaults unlike anything we had ever seen before in modern American history.

Are we about to go through something similar?

Earlier today, a CNN article also used the term “recession”, and it discussed the fact that investors now want big corporations to focus on paying down their debts instead of buying back shares of stock…

Fears of an economic slowdown — or even recession — have turned a spotlight on the debt that businesses piled up during the past decade, when borrowing costs were historically low.

For the first time since the Great Recession, investors want companies to prioritize paying down debt rather than investing in the future or share buybacks and dividends, according to a Bank of America Merrill Lynch survey of global fund managers.

But stock buybacks are one of the only things that has been propping up the stock market. The only way for the bubble to continue is for corporations to go into dizzying amounts of debt in order to fund massive stock buybacks, because the Federal Reserve clearly does not intend to support the markets right now.

At least for the short-term, the Federal Reserve could have calmed the markets and encouraged economic activity by leaving interest rates alone.

In the end, they decided not to do that, and that makes one wonder what they are really trying to achieve.