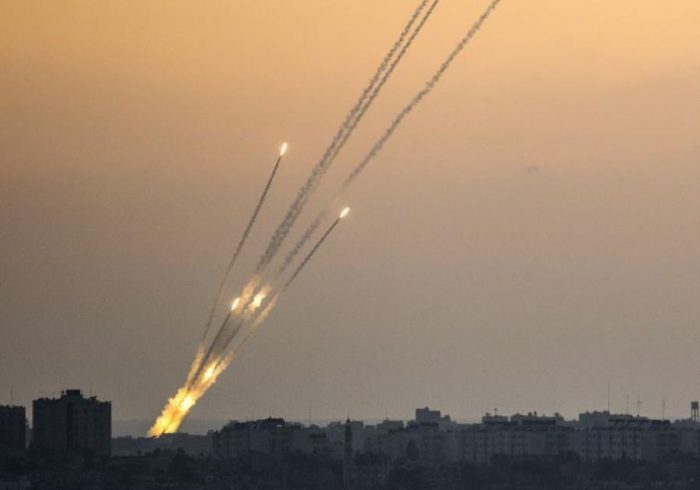 (Los Angeles Times) Hamas, the militant group that controls the Gaza Strip, fired at least 70 rockets Wednesday across the border into Israel, which retaliated with airstrikes on the Palestinian territory.

Israel intercepted 11 rockets, but a house and at least three other sites in the southern Israeli city of Sderot were hit, according to the Israeli army. Nine Israelis were taken to the hospital with moderate injuries.

Video from Israel today. It shows dozens of children desperately trying to get into a bomb shelter in 5-15 secs as Hamas launches rockets from Gaza. One lands in the street right next to them. Two ppl are hurt. Where is the outrage for this attempted murder of civilians? pic.twitter.com/6iHvhZraAe

The reality in Israel for the last 8 hours pic.twitter.com/CrcASE6c6h

For the last 6 hours, thousands of Israeli civilians living in these cities have been running for shelter as more than 70 rockets were launched at them from the Gaza Strip pic.twitter.com/AyS8seiSsD