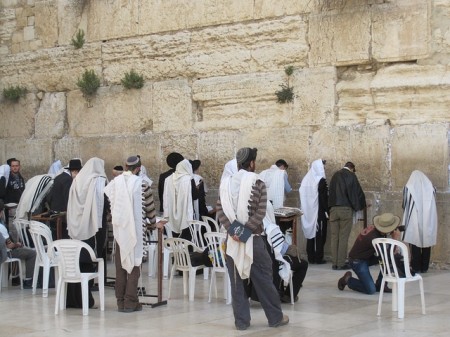 The organization calling itself the Islamic State has risen from the fog of war in Syria and Iraq in recent months and drawn the attention of the world with major victories on both sides of the Euphrates River that have claimed swaths of territory for its declared caliphate, or Islamic State.

Now in the organization’s new English language publication, Dabiq, aimed at young Muslims in western states, the extremist organization declared, “Islamic State will do everything within its means to continue striking down every apostate who stands as an obstacle on its path towards Palestine.”

Denouncing the ineffectiveness of other Arab states and organizations in carrying out the “will of Allah,” the magazine vows that, “Its [Islamic State’s] actions speak louder than its words and it is only a matter of time and patience before it reaches Palestine to fight the barbaric Jews and kill those of them hiding behind the gharqad trees – the trees of the jews.”