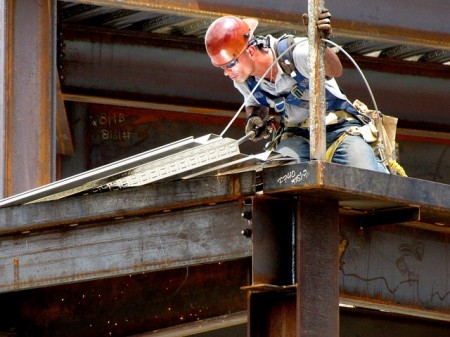 If you are fortunate enough to have a job in America today, the phrase “just over broke” probably describes you. Yes, there are a handful of jobs that certainly pay very well, but most Americans that work for somebody else are just barely making it from month to month. More than half of all working Americans are living paycheck to paycheck, and more than half of all working Americans make less than $30,000 a year. That is an amazing statistic but it is actually true. Once upon a time, anyone that was responsible and that was willing to work hard could get a good job in America. But now those days are long gone. Instead, we live at a time when good jobs are disappearing and when the middle class is getting smaller with each passing year. In some homes, the husband and the wife are both working multiple jobs and they can still barely pay their bills. Something has gone horribly wrong, and yet our leaders just keep telling us how wonderful our economy is.

One of the biggest things that has killed jobs in this country is the fact that the U.S. economy has been steadily merged into the emerging one world economic system over the past several decades. They call it “free trade”, but they never told us that we would be merged into a single global labor pool where we would be competing directly for jobs with workers on the other side of the planet that live in nations where it is legal to pay slave labor wages.

According to Gallup, only about 1.3 billion people around the world work full-time for an employer at this point.

But overall there are more than 7 billion people.

That means that there are a whole lot of really poor, really desperate people that need to be employed.

This has been wonderful for the big corporations. They can just take jobs away from American workers and give them to people who are willing to work for less than a tenth of what an American worker would make. This has resulted in the systematic deindustrialization of the United States and horrific decline in dozens of formerly great manufacturing cities.

At the same time, we have also been losing millions of middle class jobs to technology. At this point, robots are even starting to replace warehouse workers and fast food employees. As robots become even more advanced and become even cheaper to produce, there will be less jobs available for the rest of us.

And what happens when robots can do everything better than us?

Because there are fewer middle class jobs available, the competition for the remaining jobs has become incredibly intense. In recent years, millions of Americans have been forced to take just about anything that they can get. For those Americans, “just over broke” has become “just trying to survive” as they scratch and claw their way through life.

A recent CNBC article profiled one such individual. His name is Ken Bowman, and his job at a guitar shop just barely enables him to pay his rent and feed himself…

Ken Bowman joins the line for a free lunch in the Youngstown Salvation Army canteen, just like he does every Friday.

Looking younger than his 21 years, his hair dyed jet black and wearing big, battered boots, Bowman plays heavy metal on his cell phone. He chooses a seat at the end of a table and sits hunched over his tray, his blues eyes furtively sweeping the room. The others sit in packs, regulars who’ve formed lunchtime friendships over their burnt coffee and peppered corn, discussing the jobs they once had and the government benefits they no longer get.

Bowman is sensitive to the stigma of accepting handouts like lunch. “[It] doesn’t mean you’re homeless or poor, people have standards but they struggle,” he said, his chin jutting out, his eyes glowering.

After paying his rent, Bowman says his job in a guitar shop leaves him with $50 a month to live on — if he can get shifts. He is one of America’s “underemployed,” a group of as many as 11 million Americans struggling to survive in society’s shadows on wages that put them below the federal poverty line.

There are millions of others out there just like Bowman. In fact, as I mentioned in a previous article, one out of every four part-time workers in America is living below the poverty line. The “working poor” is a phrase that describes a very large segment of the U.S. population today.

And the cold, hard truth of the matter is that most of the country is steadily getting poorer. According to a study recently discussed in the New York Times, the “typical American household” is now worth 36 percent less than it was worth a decade ago. That is a staggering decline in just ten years.

Meanwhile, the cost of living continues to rise. This is something that I have discussed repeatedly, but sometimes a picture can say things far better than any words can.

The photo posted below has been floating around on Twitter. It is of a McDonald’s menu from the 1960s. As you can see, prices have gone up a little bit since then… 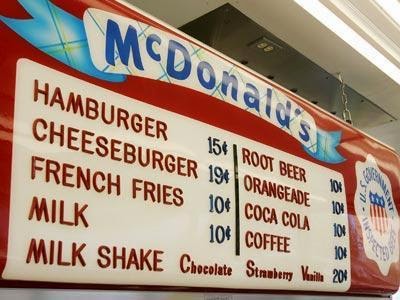 Most people think that I am crazy when I tell them that I can remember a cup of coffee being sold for a quarter when I was young. But it is true. Over the long-term, our purchasing power has been systematically destroyed by the insane polices of the Federal Reserve.

Sadly, most Americans don’t understand any of this. They just trust that our leaders actually know what they are doing. Meanwhile, they just keep on struggling to survive in an economic system that is stacked against them.

According to one recent study, 40 percent of all households in the United States are experiencing financial stress right now and the homeownership rate for Americans under the age of 35 is at an all-time low.

In the old days, if you got your education, worked hard and did all the right things, it was just about an automatic ticket to the middle class.

Instead, more Americans than ever are being forced to become dependent on the government. If you can believe it, Americans received more than 2 trillion dollars in benefits from the federal government last year alone.

So it astounds me whenever I hear anyone say that the economy is in “good shape”.

How can it be in “good shape” when one out of every three adults in the United States has an unpaid debt that is “in collections” and there are 49 million Americans that are dealing with food insecurity?

The truth is that we are in the midst of a long-term economic decline that is the result of decades of incredibly foolish decisions.

Until the American people start understanding what has happened to us, they are never going to demand real change that actually accomplishes something.