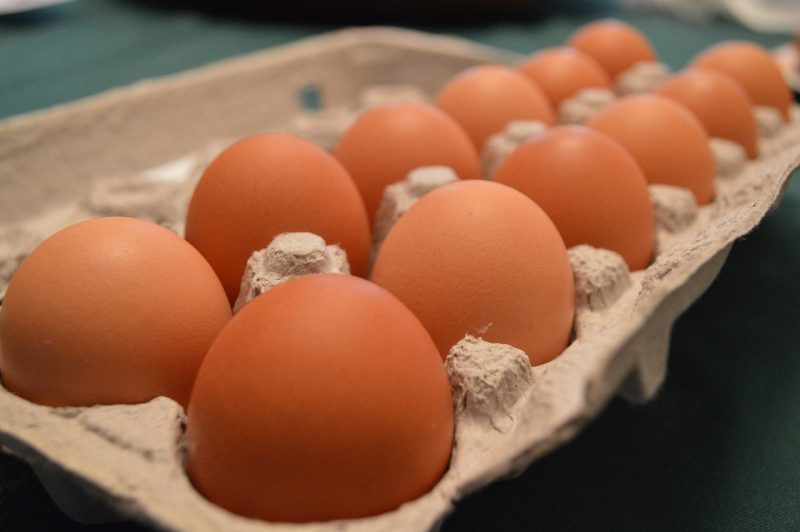 Do you remember when you could buy a dozen eggs for 99 cents?  It seems like it was only yesterday, but unfortunately those days are now gone for good.  Thanks to a variety of factors, egg prices have risen to levels that we have never seen before, and in some areas of the country significant shortages are being reported.  In fact, things are so bad that Whole Foods is apparently “now limiting egg carton purchases to two per person”.  This is extremely alarming, because millions of U.S. households have traditionally relied on eggs as a cheap source of protein.  Unfortunately, it appears that eggs will not be “cheap” for the foreseeable future.  According to an article that originally appeared in the Los Angeles Times, the average price of a dozen eggs in California actually reached $7.37 this week…

Egg cases were bare across Los Angeles County this week, from Trader Joe’s in Long Beach to Amazon Fresh in Inglewood, Target in MidCity to Ralphs in Glendale. Those such as Hodges who found cartons were shocked by the sudden spike in price.

“I’ve never seen anything like this,” said Anna Sanchez, 32, who scoured the half-empty shelves at a Smart & Final in University Park looking for a dozen eggs for less than $10. “The cheaper ones just aren’t there.”

The average retail price for a dozen large eggs jumped to $7.37 in California this week, up from $4.83 at the beginning of December and just $2.35 at this time last year, data from the U.S. Department of Agriculture show.

Can you imagine paying 7 dollars for a carton of eggs?

Thankfully, prices are not quite as high elsewhere in the nation.  One of the reasons why egg prices in California are so absurd is because of a new law that went into effect last January…

Since the law went into effect last January, all eggs sold in California have to be produced in cage-free settings. But cage-free production takes much more space than conventional egg production, and California producers aren’t able to keep up with demand.

“They’re selling everything they can possibly grow,” Mattos said.

Of course egg prices have also been skyrocketing in states that do not have such laws.

All over the nation, people are now paying 4 or 5 dollars for a dozen eggs, and many believe that our ongoing bird flu pandemic is the primary factor that is causing prices to go completely nuts…

But egg prices are up significantly more than other foods — even more than chicken or turkey — because egg farmers were hit harder by the bird flu. More than 43 million of the 58 million birds slaughtered over the past year to control the virus have been egg-laying chickens, including some farms with more than a million birds apiece in major egg-producing states like Iowa.

More than 50 million chickens and turkeys have also been wiped out in Europe.

So when you combine the two totals, so far well over 100 million chickens and turkeys have been killed in just the United States and Europe.

And there is no end to the bird flu pandemic in sight.

This is a major crisis, but up to this point the mainstream media has not been focusing on it very much.

On top of everything else, egg farmers have had to deal with rapidly rising costs in recent months.

In fact, there are some in the industry that insist that the huge cost increases that egg farmers have been hit with over the past year are even a bigger factor than the bird flu…

But the president and CEO of the American Egg Board trade group, Emily Metz, said she believes all the cost increases farmers have faced in the past year were a bigger factor in the price increases than bird flu.

Many anticipate that these costs will only go higher in 2023.

And that will mean even higher prices for the rest of us.

I really feel badly for small bakeries.  They use lots and lots of eggs, and if egg prices continue to go up many small bakeries could soon be forced to close…

“Small businesses especially, you live and die by what your food costs are,” said Tracy Ann Devore, owner of KnowRealityPie in Eagle Rock, who recently let go a dishwasher to stem rising costs. “If this keeps up for another three to six months, it could be a tipping point for some bakeries to close.”

For Devore and many others, the new egg crisis, combined with uncertainty about when it could ebb, has been more unsettling than the gradual price creep of dairy products, flour and produce.

“At some point, you can’t raise the price anymore,” Devore said. “There’s been points where I’ve cried recently, because I thought, ‘How are we going to keep going with this?'”

Our food industry was stable for so many years, but now we are witnessing a dramatic shift.

Costs are going through the roof, and supply problems just keep popping up.

Just like we have witnessed at other times, empty shelves are starting to be reported at certain supermarkets around the nation…

Social media is brimming with reports of missing food items at Kroger supermarket locations across the country.

A repeat of early 2020 when toilet paper and other essentials ran bare, the start of 2023 is seeing “a lot of empty shelves” at Kroger, according to numerous reports, some containing video evidence of lingering supply chain problems.

We are getting dangerously close to the days that I have been warning about.

As we are hit by one crisis after another throughout 2023, I expect our supply chain problems to continue to intensify.

So I would encourage you to stock up while you still can.

Yes, prices may seem ridiculously high now, but the truth is that they aren’t going to be getting any lower than they are at this moment.