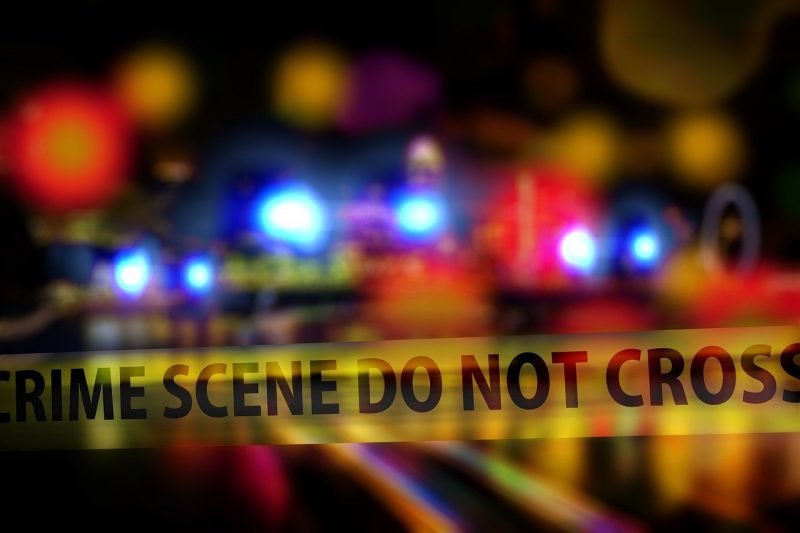 The great liberal experiment of “defunding the police” turned out to be a completely and utter disaster.  In major cities all over the United States, hundreds of millions of dollars of funding were stripped away from police departments in 2020, and many on the left were hailing this is a huge step in the right direction.  Of course it was actually a huge step in the wrong direction.  Crime rates soared throughout the remainder of 2020, and they have gone even higher in 2021.  In fact, Fox Business is reporting that the number of homicides in the U.S. is up 24 percent since the month of January…

One year after the movement to “defund” police saw cities slash budgets and cut funding, the U.S. has seen an uptick in crime. Homicides alone are up 24% since January and more than 70% of people in a recent Fox News Poll said they believe crime is on the rise nationally. As a result, the pendulum may be swinging back in favor of the police.

The good news is that many of the large cities that initially reduced funding for the police are now reversing course.  Shockingly, this includes some of the most liberal cities in the entire country…

Cities like New York City, Oakland, Baltimore, Minneapolis and Los Angeles are planning to reinstate tens of millions for the construction of new police precincts, increase police department budgets, among other plans to bankroll more efforts to confront the uptick in crime.

The faster that we can get more police officers out into the streets the better, because things are getting really crazy out there.

In Chicago, crime rates are higher “in every category” so far in 2021…

Violent crime is up in the city in every category. Carjackings, about half committed by juveniles, are happening all over Chicago, while expressway shootings are at levels never seen before with 93 so far this year versus 39 at the same time last year, according to police.

Unless you really need to travel into the heart of Chicago, I would strongly advise avoiding it.

Violent criminals dominate vast portions of the city now, and one local attorney that was interviewed about the crime wave says that he has never “felt more unsafe” that he does right now…

“I’ve never felt more unsafe than I do now,” said Steve Burrows, a 48-year-old attorney who has called Chicago home his entire life. “I work downtown so I’m here every day during the day but I won’t come down here at night or on the weekend.”

For a long time, New York City had levels of violent crime that were much lower than Chicago, but now the Big Apple seems determined to catch up.

According to the latest numbers, the number of shootings in New York City is up 68 percent so far this year.

At this point, a gun battle could potentially erupt just about anywhere in the city even during broad daylight.  One particularly alarming gun battle that just took place happened right in front of two very young children…

A 10-year-old girl and her kid brother were trampled and nearly shot when their trip to buy some candy became a first-hand look at the city’s escalating gun violence, according to cops and chilling video.

At least a dozen shots whizzed by the terrified children as the black-masked gunman repeatedly aimed for his fallen target — who knocked the kids down while trying to escape.

The shocking footage shows the 5-year-old boy’s legs shaking in fear at one point amid the bloodshed.

Can you imagine how traumatized those children must be after seeing that?

The wild nightly gatherings in Washington Square Park continue to be an epicenter for the growing troubles in NYC.  Over the weekend, chaos erupted in the park when a “madman” with a taser and a knife suddenly caused the gathered crowd to break into a stampede…

Washington Square Park again descended into bedlam and bloodshed Saturday, when a madman waving a Taser and a knife sparked a wild stampede that injured a woman who was “run over” by the scattering crowd, police said.

Jason McDermott, 42, stoked the latest panic when he allegedly brandished the pair of weapons in the midst of a squabble at around 12:40 a.m., as hundreds filled the Greenwich Village park during a booze- and drug-fueled rager — a now weekly bane for neighbors.

Unfortunately, so far authorities have refused to put an end to the all-night raves in Washington Square Park, and the head organizer of the parties is pledging that they will continue.

As funding is restored to police departments all over America, hopefully this will help to bring order to our city streets.

But just having enough police officers is not enough.  The politicians have also got to be willing to allow them to do their jobs.

And once the police have arrested violent criminals, prosecutors have got to be willing to put them behind bars.  Unfortunately, that is simply not happening in many cases.  For example, hundreds of violent rioters that were arrested in New York City last year have had their cases completely dropped…

Business owners and residents in New York City are expressing fury at the revelation that prosecutors have dropped looting and rioting charges against hundreds arrested during chaos that swept the city last summer.

After 603 were arrested in Manhattan and the Bronx during the most intense days of looting last June, 295 of the cases have been dropped completely, according to NYPD data reported by WNBC-TV on Friday.

Things are even worse when you specifically look at the Bronx.

Of all the rioters and looters that were arrested in the Bronx, hardly anyone has gone to jail at all…

NYPD data reviewed by the NBC New York I-Team shows 118 arrests were made in the Bronx during the worst of the looting in early June.

Since then, the NYPD says the Bronx DA and the courts have dismissed most of those cases – 73 in all. Eighteen cases remain open and there have been 19 convictions for mostly lesser counts like trespassing, counts which carry no jail time.

When I use the term “lawlessness”, I am not just referring to the violent criminals in our streets.  I am also referring to the negligent prosecutors and politicians which steadfastly refuse to uphold our laws.

Sadly, as our culture steadily deteriorates the violence in our streets is only going to get worse.

Millions upon millions of our young people have been raised with no moral foundation at all, and now we are reaping the consequences.