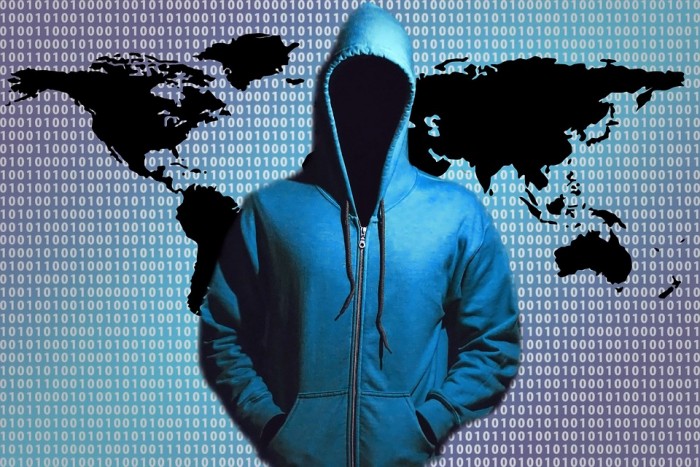 We just learned a very important lesson about how exceedingly vulnerable our Internet truly is.  On Friday, three massive waves of cyberattacks took down some of the biggest websites on the entire Internet.  Amazon, Twitter, Netflix, Reddit, Etsy, Business Insider, Github, Spotify, the New York Times and the Boston Globe were among the prominent websites affected.  Security experts tells us that with each passing month these kinds of attacks are becoming larger and more sophisticated.  And most Americans don’t realize this, but nations such as Russia, China and North Korea have been feverishly developing extremely advanced cyberwarfare capabilities.  So could a day come when one of our enemies takes down our Internet completely for an extended period of time?

According to CNBC, the primary target of the attacks on Friday was a hosting company known as Dyn, and these attacks came from “tens of millions” of IP addresses simultaneously…

Internet traffic company Dyn on Friday warned of another cyberattack after websites and services across the East Coast were shut down earlier in the day.

“We have begun monitoring and mitigating a DDoS attack against our Dyn Managed (Domain Name System) infrastructure. Our Engineers are continuing to work on mitigating this issue,” Dyn said on its website at 11:52 a.m. ET.

Specifically, the types of attacks that we witnessed on Friday are known as “denial of service” attacks.  If you are not familiar with denial of service attacks, the following is a pretty good explanation from Business Insider…

It appears to have been caused by a large digital denial of service (DDoS) attack leveled at the servers of the domain name system (DNS) host Dyn. A DDoS attack typically overwhelms a server with data requests in order to prevent normal users from having their own queries answered. The DNS is a large database that, among other things, converts a simple domain name into a more complex IP address from which data can be retrieved. Taking down a DNS server means that a user’s browser can’t use it to resolve which IP address to fetch the files of a web page from.

These attacks were so big that the Department of Homeland Security is looking into them.  It is being reported that North Korea has been ruled out as a suspect so far, but nothing has been said about Russia or China.

As I mentioned above, countries such as Russia, China and North Korea have been working very hard to develop extremely advanced cyberwarfare capabilities in recent years.  In particular, Russia has been heavily investing in this area since at least 2007…

“From around 2007, Russia decided that information warfare was key to winning any world conflict, and that it was this area of capability and technology they decided would benefit from vastly increased military investment,” Stupples said. “What made this decision easier was that Russia was also home to the largest numbers of some of the world’s best hackers.”

For almost a decade, the Russians have been preparing to fight a cyberwar with the United States.

And at this point many analysts believe that they are far better equipped to fight a cyberwar then we are.

So it would seem to be incredibly foolish to provoke an enemy into a fight that we could not possibly win.  Unfortunately, that is precisely what Barack Obama is doing.  According to a stunning report from NBC News, the Obama administration is actually threatening Russia with “an unprecedented cyber covert action”…

Current and former officials with direct knowledge of the situation say the CIA has been asked to deliver options to the White House for a wide-ranging “clandestine” cyber operation designed to harass and “embarrass” the Kremlin leadership.

The sources did not elaborate on the exact measures the CIA was considering, but said the agency had already begun opening cyber doors, selecting targets and making other preparations for an operation.

I can’t even begin to describe how foolish this is.

Yes, without a doubt we could do some damage to the Russians.  But the Russians believe that when they get hit by an enemy that they should hit back even harder.

Considering how important the Internet has become to the U.S. economy, do we really want to invite the Russians to attack it?

Talk about an event that could crash our economy almost overnight.  This year alone “the Internet economy” will account for more than a trillion dollars.  Without the Internet, vast numbers of businesses would not be able to function normally, and an extended outage would cause financial markets all over the planet to start crashing.

And many experts believe that it was the Russians that took down the Ukrainian power grid a while back.  So do we really want to invite the Russians to attack our power grid?

Anyone out there that believes that our power grid is “secure” is dead wrong.  We are exceedingly vulnerable, and the Russians know this.

Could you imagine the chaos that would happen if our power grid suddenly went down in the middle of the winter?  An extended outage would potentially be life-threatening for millions of people that live in our coldest areas.

And what about our banks and financial systems?  Do we really want to invite the Russians to shut those down?

It really is in our best interest to try to find a way to develop a better relationship with Russia.  Unfortunately, we are about to elect a crazy woman as our next president that has a fierce vendetta against the Russians, and Russian politicians are very open about the fact that if Hillary Clinton is elected in November that the odds of World War 3 happening will go up dramatically.

You may wake up one day only to discover that a massive cyberattack has completely changed life in America overnight.

When that happens, you won’t be able to say that you weren’t warned in advance.