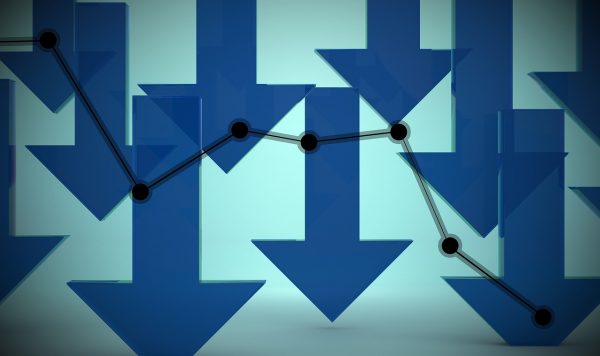 Ron Putnam has been in ministry for over 20 years, and he reached out to me on Facebook the other day to share some dreams that the Lord has given to him over the years.  If you would like to reach out to me on Facebook as well, you can find me right here.  All over the world believers are having very powerful dreams and visions about what is to come, but most people don’t know about them.  My hope is that this website can be a central location where these dreams and visions can be collected and shared.

Here are the dreams that Ron Putnam shared with me on Facebook.  As you will see, they are definitely consistent with what others have been shown…

Hi Michael, I have enjoyed reading your articles and being your friend on FB. I wanted to share several dreams I have had in my recent past. Please know I have been in ministry for over 20 years and I am not a sensationalist. You can see from my FB page a little about my background. Anyway, here are my dreams:

I dreamed approximately a year ago that there was going to be an event that was going to have the financial markets spiraling downward. It is in my spirit that it was a natural disaster of some sort. However, it was not revealed to me what it was. I have not see America splitting in two or the coasts hit by tsunami’s like some say that have seen. All I know from my dream is that some sort of event is going to make the markets reel. There will be mass panic, much confusion, and the image I saw, was like a boxer on the ropes attempting to stay on his feet, as he continues to get punched. This is the symbol I had of the markets. And when we were at our weakest and not paying attention as much, this is when Russia attacks us through what I believe was a nuclear attack (I am unsure which locations, but it seemed around the West Coast). He wanted to give the final blow, so to speak, so we could not recover as a country, and then the dreamed stopped.

The second dream I had was of a rapture event, where instanteously, I noticed I was immediately taken up in the air. It felt odd, like a tingling feeling at first, then a very quick transition to feeling at peace, once I was aware of what was happening. I saw others around me and they could see me. We didn’t have an opportunity to communication, just see each other. All my family are believers, but I don’t remember seeing who was around me during the dream, but I don’t remember them being right next to me when it happened. But I cannot remember with all certainty.

In my latest dream, I was in a hotel with lots of windows that could see NYC from a distance. It seemed like about 10 or 20 miles away, but I could see everything in the dream, as if it was closer (please know, I have never been to NYC, except the airport passing to another location).

In the dream, as I was looking out the window, I saw a huge tsunami coming over the tops of the largest buildings and the statue of liberty knocking over and the water rushing my direction. I immediately and without hesitation go to get my family, who seemed to be just outside the hotel and had them come up to the top of the hotel. We and everyone in the hotel were safe, but a small amount of water, like a small river, began flowing past our hotel and the dream was over.

Michael, for some reason, this dream affected me more than the other two dreams. Everyone I asked, had a different opinion.