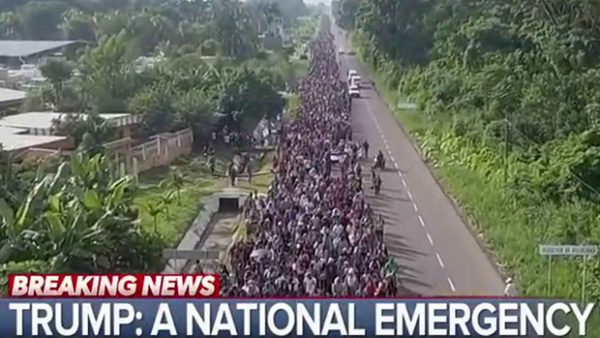 Many people have been shown that great civil unrest is coming to the United States during the “perfect storm” that is ahead.  Already, we can see anger and frustration rising to dangerous levels, and it is not going to take much of a spark to throw this nation into utter turmoil.  Last October, Monique Bizet said that she had an open vision in which she saw the riots that are coming to America.  I submit this vision to you all for your prayerful consideration…

In the 17-minute video shown at the bottom of this post, I share an open vision the Lord gave me October 23, 2018 and a word of the Lord warning of the upcoming civil war and riots in the nation.  In the vision, I saw a massive wave of people are going to flood the borders to bring the nation to great destruction.  Internally, mobs and mobs of people will unite to create bloody murderous riots.  I saw great destruction.

The Lord reminded me of a word He gave me back on July 18 2018 saying, “Invasion. An invasion is coming and a lot of destruction and it will effect the nation. War is even at the doors.”

Great trouble is coming to America. I am not just speaking of a nuclear invasion. Things are going to get tense and pretty ugly, quickly.

We must humble ourselves before the Almighty and cry out for mercy for those things are going to take place in this nation.  As the remnant we must stand strong in the faith and must plead and cry out to the Lord.  We must repent and turn back to our First Love.

It’s out of Jesus great mercy that He warns us! The Lord is calling us to pray and get on our knees to pray for this not to happen or at least lessen the destruction and for His mercy.  Let’s lift America and all the nations in prayer!