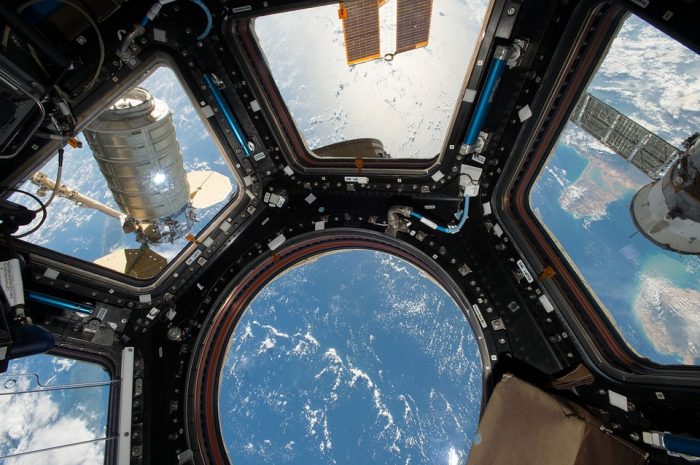 In the live video, relayed by the American space agency, the UFOs move from the right of the screen towards the left.

It was originally spotted by a UFO spotter Streetcap1 who share the clip with SecureTeam10, a group of UFO experts, who investigate the footage and share their findings online.

Tyler from SecureTeam said: “He has discovered what some are calling a fleet of unidentified flying objects moving in the distance behind the International Space Station.”