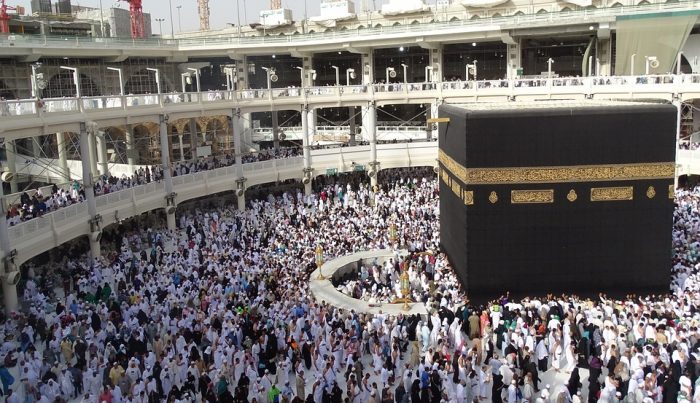 If current trends continue, Islam is on track to become the largest religion in the entire world by the end of this century according a stunning new report that was just released by the Pew Research Center.  While it is true that Christianity is still growing on a global basis, it is not growing nearly as rapidly as Islam.  So unless something changes, Christianity will only be the second largest faith in the world by the year 2070.  According to this newly released report, Islam is the only major religion that is growing faster than the global population overall, and it is being projected that the number of Muslims on the planet will rise by a staggering 73 percent between 2010 and 2050…

Islam is the only religion growing faster than the world’s population, and it will be the largest in the world by 2070, research has found.

US-based Pew Research Center analyzed demographic change among the world’s major religions and found that the world’s population of Muslims will grow by 73 percent between 2010 and 2050, compared to 35 percent for Christians, the next fastest-growing faith.

The world’s population will grow by 37 percent over the same period. If those rates of growth continue past 2050, Muslims will outnumber Christians by 2070, the report found.

Of course there are religious groups that are growing even faster than Islam, but they were not part of this study.

For example, I have previously written about how witchcraft is the fastest growing faith in America, and yesterday I wrote about how membership in the Satanic Temple in the United States has been absolutely exploding since Donald Trump was elected.

So it isn’t just Islam that is gaining ground.

But without a doubt, Islam is now the dominant worldview on much of the planet.  Many in the western world tend to think of it as a Middle Eastern religion, but the truth is that most Muslims actually live in the Asia-Pacific region…

Some 62 percent of Muslims live in the Asia-Pacific region with large populations in Indonesia, India, Pakistan, Bangladesh, Iran and Turkey, Pew researchers said.

In 2050, India is set to take over from Indonesia as the country with the world’s largest Muslim population, according to the study.

In India, there truly is a battle going on for the spiritual future of that nation right now.  Christianity and Islam are both making a tremendous amount of progress, and this has greatly upset a lot of traditional Hindu groups.

Islam is making a lot of progress in Europe as well.  A tremendous amount of immigration has caused the number of European Muslims to surge in recent years, and this new report is projecting that 10 percent of all Europeans will belong to Islam by the year 2050.

Here in the United States, Muslims still only make up a very small percentage of the population, but that percentage is growing too.  The following comes directly out of the new Pew Research Center report…

In 2015, according to our best estimate, there were 3.3 million Muslims of all ages in the U.S., or about 1% of the U.S. population. Pew Research Center’s 2014 Religious Landscape Study (conducted in English and Spanish) found that 0.9% of U.S. adults identify as Muslims. A 2011 survey of Muslim Americans, which was conducted in English as well as Arabic, Farsi and Urdu, estimated that there were 1.8 million Muslim adults (and 2.75 million Muslims of all ages) in the country. That survey also found that a majority of U.S. Muslims (63%) are immigrants.

Our demographic projections estimate that Muslims will make up 2.1% of the U.S. population by the year 2050, surpassing people who identify as Jewish on the basis of religion as the second-largest faith group in the country (not including people who say they have no religion).

Once the number of Muslims in the United States surpasses the number of Jewish people, what impact will that have on U.S. politics?

The report indicated that there are a couple of primary reasons why Islam is growing so rapidly around the world.

First of all, Muslims tend to have larger families than everyone else.  The report said that the average Muslim woman has 3.1 children during her lifetime, while all other groups only have 2.3 children per woman.

So in the end, Islam could end up dominating the world just by simply making more babies than everyone else.

Muslims are also younger on average than other religious groups.  According to the report, on a global basis Muslims are “seven years younger than the median age of non-Muslims”.

Unfortunately, when Muslims become dominant in a society they often want to impose their systems of government, law, economics, etc. on everyone else.  That is why “sharia law” is such a sensitive issue, and the report found that in some Islamic countries an overwhelming majority of Muslims want to impose sharia law on everyone else…

For instance, a Pew Research Center survey of Muslims in 39 countries asked Muslims whether they want sharia law, a legal code based on the Quran and other Islamic scripture, to be the official law of the land in their country. Responses on this question vary widely. Nearly all Muslims in Afghanistan (99%) and most in Iraq (91%) and Pakistan (84%) support sharia law as official law. But in some other countries, especially in Eastern Europe and Central Asia – including Turkey (12%), Kazakhstan (10%) and Azerbaijan (8%) – relatively few favor the implementation of sharia law.

In his new book entitled “Mystery Babylon: Unlocking the Bible’s Greatest Prophetic Mystery“, best-selling author Joel Richardson suggests that the identity of the “Mystery Babylon” that we read about in the Book of Revelation could actually be Mecca.

I am not sure whether that is true or not, but nobody can deny that Islam is one of the most dominant forces on the entire planet in 2017, and it looks like it is going to become even more dominant in the years ahead.

And that is troubling news for Christians and those of other faiths, because all you have to do is to look at countries such as Saudi Arabia, Afghanistan and Iran to see what happens to other faiths once Islam takes total control of a nation.

In a truly Islamic state, there is no room for religious freedom, and so the growth of Islam is likely to be one of the greatest global threats to the free exercise of religion for the foreseeable future.