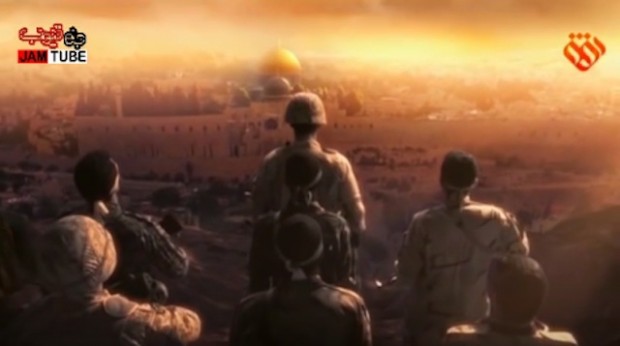 A new video out of Iran presents the imagined scenario of Jerusalem being conquered by a military alliance of the country’s Revolutionary Guard forces and Hezbollah and Hamas terrorists, a Jewish news site reported Tuesday.

Quoting the Middle East terrorism research organization the Investigative Project, the Algemeiner reported that the video was released two weeks after the Iran nuclear deal was announced.

The video showed the fighters preparing for battle with their gear, headbands, shoes and weapons, then descending on Jerusalem.