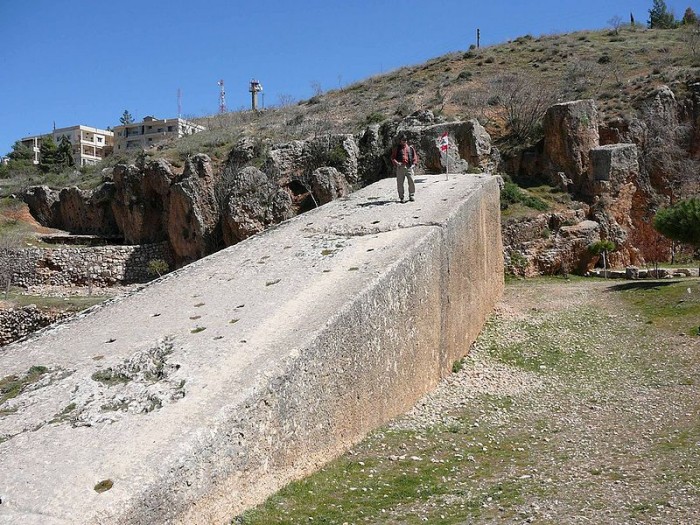 The largest stone ever found in the world is the Stone of The South or Hajar al Hobla in Baalbek.  So how in the world did someone cut 1500 tons limestone stone with extreme precision, transport them and stack them 7 meters high?  According to the commonly accepted version of history, it would be impossible for ancient humans with very limited technology to accomplish such a thing.  Could it be possible that there is much more to the history of this planet than we are being taught?

For years, historians and archaeologists have absolutely marveled at the incredibly huge stones found at Baalbek. But more stones seem to be found. Needless to say, a lot of people are getting very excited about this discovery.

The recent surveys by Janine Abdel Massih and her team of UL on the hill Sheikh Abdallah, 800 meters from the Roman ruins, discovered a bigger and more massive stone than the Hajar al-Hibla monolith. It measures 19.6 meters long, six meters wide and 5.5 meters thick. “Until then. Because we have not yet reached the bottom of the rock to be completely cleared, “Janine Abdel Massih said, adding that work will resume after the feast of Fitr.