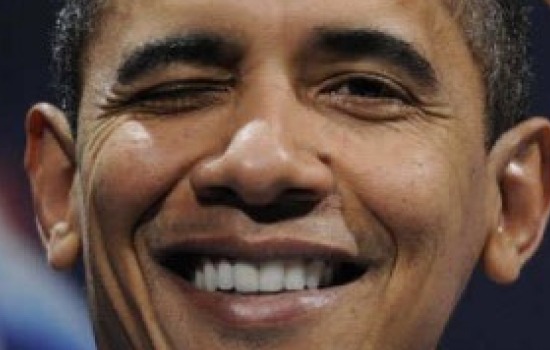 In 2016, approximately 10,000 Syrian refugees were brought into the United States, but in 2017 that number could skyrocket to 40,000 under Barack Obama’s new plan.  Obama says that we must play our part in taking in those displaced by the ongoing Syrian civil war, but Republicans in Congress are outraged by this announcement and remain deeply concerned that there are terrorists among the refugees that are being brought in.  The Obama administration insists that all refugees are being subjected to rigorous screening, but his critics are quite skeptical.  Coming out of the midst of a five year civil war, documentation is scarce for many of these refugees, and there aren’t too many people that you can call over there that can serve as a solid reference at this point.

According to USA Today, the total number of refugees worldwide that will be brought in next year is scheduled to rise by 29 percent under Obama’s new plan…

The White House plans to sharply increase the number of refugees accepted by the United States to 110,000 in the fiscal year that begins Oct. 1, saying the move is necessary to help stem a migrant crisis gripping Europe and the Middle East.

Most of the mainstream news outlets that are talking about this story are not mentioning the number that will be admitted from Syria.  And there is a good reason for this.  According to NBC News, the number of refugees that will be brought in from “the Near East and South Asia” would rise to at least 40,000 under Obama’s plan, and “most of those are likely to be people escaping the brutal Syrian civil war”…

Of the 110,000 the U.S. intends to begin admitting at least 40,000 are from the Near East and South Asia, a White House senior administration official said. And most of those are likely to be people escaping the brutal Syrian civil war, even as many GOP lawmakers and Republican presidential nominee Donald Trump sound the alarm about terrorists in the midst of the refugees.

During fiscal year 2016, approximately 85,000 refugees were admitted to this country, and approximately 10,000 of those were Syrian refugees according to the federal Refugee Processing Center.

So if the number of Syrian refugees approaches 40,000 as Obama’s plan appears to indicate, that would mean that somewhere around four times as many Syrian refugees will be brought into this country next year.

If we were helping Christians and other minorities that are being brutally persecuted by ISIS that would be one thing.  But instead, it is being reported that only 0.46% of the refugees in the U.S. are Christians, and 98.33 percent of them are Sunni Muslims.

ISIS is a Sunni Muslim terror organization.  We should be focusing our help on the religious minorities that are being tortured, killed and driven from their homes by ISIS, but instead almost all of the refugees that are being brought in are on the same religious side of the fence as ISIS.

And it is important to note that surveys have discovered that a significant percentage of Syrian refugees actually have a favorable view of ISIS.

But Obama is going ahead anyway.  At this point he is a lame duck, and so he doesn’t really have to answer to anyone.

Some governors tried to stand up and say that they wouldn’t take any more refugees in their states.  Unfortunately for those governors, the courts ruled against them…

What happens next remains to be seen. Last year, with Syrian refugees flooding into Europe, the White House increased the number of refugees it would admit from the war-torn country. That led Republican governors in roughly two dozen states to express their opposition to receiving Syrians. Some governors filed lawsuits to stop refugees from coming to their states; they lost.

And so it is going to be up to Congress to try to do something.

As I have written about previously, it appears that the Syrian refugees that have been brought in so far have not been distributed on a uniform basis throughout the nation.  According to the Obama administration, large cities such as Washington D.C. are deemed to be “too expensive” for the refugees, and there have been lots of reports of Syrian refugees being settled in smaller communities all over the country.  In my previous article, this is how I described the impact that this could have…

Many people have asked why we have to take in so many Sunni refugees when wealthy Sunni nations such as Saudi Arabia haven’t taken in any.

And I think that is a legitimate question.

In the end, there has to be a balance.  We want to help those that are fleeing the brutal religious persecution of ISIS, but we also want to be mindful of our own national security.  I think that what House Judiciary Committee Chairman Bob Goodlatte had to say about this was very appropriate…

House Judiciary Committee Chairman Bob Goodlatte (R-Va.) criticized the decision, saying policymakers should focus on reforming the nation’s system for admitting refugees rather than having the White House set goals.

“For generations, the United States has been a safe haven for people fleeing persecution. We must remain compassionate toward refugees but we also need to make sure that we use common sense,” Goodlatte said in a statement. “Unfortunately, President Obama unilaterally increases the number of refugees resettled in the United States each year and gives little thought as to how it will impact local communities. The president also continues to ignore warnings from his own national security officials and plans to bring in even more Syrian refugees over the next year.”

In Orlando we witnessed what a single lone wolf Islamic terrorist can do.

We need to use common sense, and we need to do the best that we can to make sure that the people that we are bringing in do not want to conduct their own personal jihads once they get here.

Unfortunately, Barack Obama has his own agenda, and it does not appear to be in the best interest of the United States.