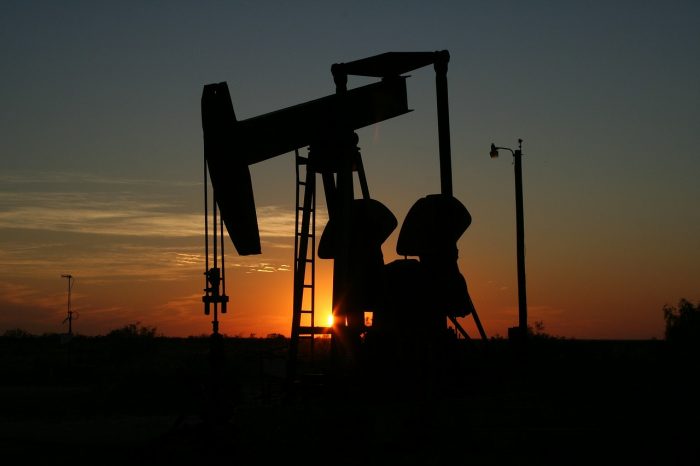 Thanks to increasing demand and upcoming U.S. sanctions against Iran, oil prices have been rising and some analysts are forecasting that they will surge even higher in the months ahead. Unfortunately, that would be very bad news for the U.S. economy at a time when concerns about a major economic downturn have already been percolating. In recent years, extremely low gasoline prices have been one of the factors that have contributed to a period of relative economic stability in the United States. Because our country is so spread out, we import such a high percentage of our goods, and we are so dependent on foreign oil, our economy is particularly vulnerable to gasoline price shocks. Anyone that lived in the U.S. during the early 1970s can attest to that. If the average price of gasoline rises to $4 a gallon by the end of 2018 that will be really bad news, and if the average price of gasoline were to hit $5 a gallon that would be catastrophic for the economy.

Very early on Tuesday, the price of U.S. oil surged past $70 a barrel in anticipation of the approaching hurricane along the Gulf Coast. The following comes from Fox Business…

U.S. oil prices rose on Tuesday, breaking past $70 per barrel, after two Gulf of Mexico oil platforms were evacuated in preparation for a hurricane.

If we stay at about $70 a gallon, that isn’t going to be much of a problem.

But some analysts are now speaking of “an impending supply crunch”, and that is a very troubling sign. For example, just check out what Stephen Brennock is saying…

“Exports from OPEC’s third-biggest producer are falling faster than expected and worse is to come ahead of a looming second wave of U.S. sanctions,” said Stephen Brennock, analyst at London brokerage PVM Oil Associates. “Fears of an impending supply crunch are gaining traction.”

So how high could prices ultimately go?

Well, energy expert John Kilduff is now projecting that we could see the price of gasoline at $4 a gallon by winter…

Energy expert John Kilduff counts Iran sanctions as the top reason West Texas Intermediate (WTI) could climb as much as 30 percent by winter, and that could spell $4 a gallon unleaded gasoline at the pumps.

“The global market is tight and it’s getting tighter, and the big strangle around the market right now is what’s in the process of happening with Iran and the Iran sanctions,” the Again Capital founding partner said on CNBC’s “Futures Now.”

About two months from now, U.S. sanctions will formally be imposed on Iran, and that is going to significantly restrict the supply of oil available in the marketplace.

So refiners that had relied on Iranian oil are “scrambling” to find new suppliers, and this could ultimately drive oil prices much higher…

Iran’s oil exports are plummeting, as refiners scramble to find alternatives ahead of a re imposition of U.S. sanctions in early November. That in turn has helped drain a glut of unsold oil.

“To the extent we’re seeing the Iran barrels lost to the market, you’re looking at a WTI price and Brent in the $85 to $95 range, potentially,” Kilduff said.

Other sources are also predicting that oil prices will rise.

Barclays is warning that “prices could reach $80 and higher in the short term”, and BNP Paribas is now anticipating that Brent crude will average $79 a barrel in 2019.

In addition to the upcoming Iranian sanctions, rising global demand for oil is also a major factor that is pushing up prices.

For example, many Americans don’t even realize that China has surpassed us and has now become the biggest crude oil importer on the entire planet…

China became the world’s largest crude oil importer in 2017, surpassing the US and importing 8.4 million barrels per day.

The US only imported 7.9 million barrels per day in 2017, according to the US Energy Information Administration.

So what is the bottom line for U.S. consumers?

The bottom line is that gasoline prices are likely to jump substantially, and that is going to affect prices for almost everything else that you buy.

Excluding tech products, virtually everything else that Americans purchase has to be transported, and so the price of gasoline must be factored into the cost.

So if gasoline prices shoot up quite a bit, that means that almost everything is going to cost more.

According to data from the Bureau of Labor Statistics, the Consumer Price Index for All Urban Consumers, less food and energy, hit 2.4% in July 2018. That’s its highest reading since September 2008.

Of course 2.4 percent doesn’t really sound that scary, and that is how the government likes it.

But if the rate of inflation was still calculated the way it was back in 1990, the current inflation rate would be above 6 percent.

And if the rate of inflation was still calculated the way it was back in 1980, the current inflation rate would be above 10 percent.

Inflation is a hidden tax on all of us, and it is one of the big reasons why the middle class is being eroded so rapidly.

Please do not underestimate the impact of the price of oil. It shot above $100 a barrel in 2008, and it was one of the factors that precipitated the financial crisis later that year.

Now we are rapidly approaching another crisis point, and there are so many wildcards that could potentially cause major problems.

One of those wildcards that I haven’t even talked about in this article would be a major war in the Middle East. One of these days it will happen, and the price of oil will instantly soar to well above $100 a barrel.

We live at a time of rising global instability, and we should all learn to start expecting the unexpected.