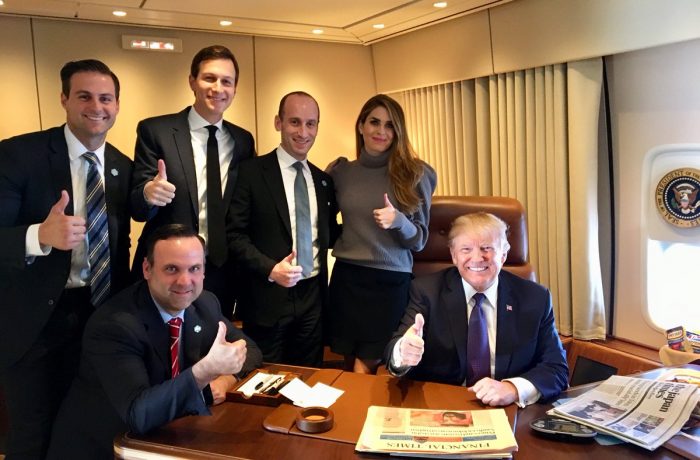 On November 8th, 2016 we witnessed the greatest miracle in the history of American politics. Leading up to election day, virtually all of the experts were boldly assuring us that Hillary Clinton would be the next president of the United States. Personally, I was quite alarmed about what a Hillary Clinton presidency would mean, because Clinton’s vindictiveness is legendary and my anti-Clinton articles had been seen by millions of people. When Trump shocked the world by winning the election, it was like an entirely new day had just dawned in America. If Donald Trump could become president of the United States, literally anything was possible.

President Trump has been visiting Asia this week, but on Wednesday he took a few moments to thank those that voted for him last November…

President Trump marked the anniversary of his 2016 presidential election win by remembering the “deplorables.”

“Congratulations to all of the ‘DEPLORABLES’ and the millions of people who gave us a MASSIVE (304-227) Electoral College landslide victory!” he tweeted Wednesday, featuring a photo of him and some of his aides aboard Air Force Once.

It has been 12 months, but it is still hard to grasp what happened on that historic night. Nobody in the mainstream media seemed to believe that Trump had a chance, and his shock victory took almost the entire nation by surprise. The following is an extended excerpt from an article that I published on the day after Trump’s victory entitled “Do You Believe In Miracles?”…

Millions of us that had worked so hard to get Trump elected were absolutely jubilant, but of course there were millions of others that were bitterly disappointed. If you want to take a walk down memory lane, watch this YouTube video that shows a whole host of liberal talking heads melting down in the aftermath of Trump’s win. They also knew that something had just fundamentally changed in America, and they were not happy about it at all.

Sadly, many Republican politicians have still not embraced Trump, and that is a huge mistake.

For example, many believe that Ed Gillespie’s huge loss in Virginia happened because he distanced himself from the president…

Gillespie “did not embrace me or what I stand for,” Trump tweeted from Asia.

The rush to destroy Gillespie — who borrowed some tactics from Trump but kept his distance from the president — points to an escalating fight within the party over whether candidates are better off courting Trump and his loyal base or keeping them at arm’s length.

As for me, I am proud to stand with President Trump, and pro-Trump voters all over the nation are getting involved in my campaign for Congress.

Of course Democrats are hoping that the Trump era will be over as soon as possible and that things will then go back to normal.

But that isn’t going to happen. We are here to take our country back, and the Trump movement is only just getting started.