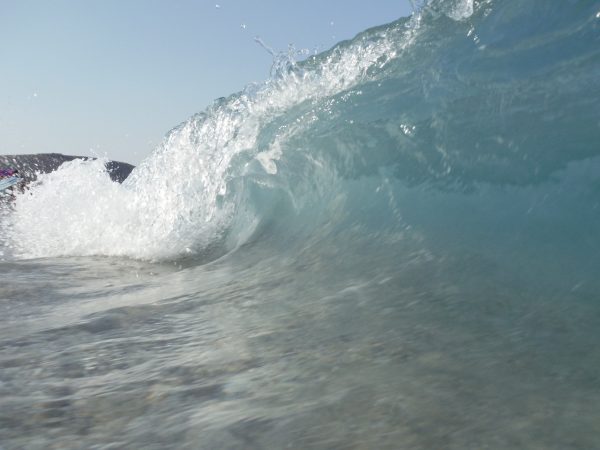 In 2016, Pamela Banda had a vision of a tsunami from the Gulf of Mexico making it all the way to Highway 45 between Dallas and Houston.  What she was shown is consistent with what so many others have been shown about the giant tsunami that will one day hit the east coast and the Gulf of Mexico…

(Z3News) In the middle of June 2016, I received two visions with the second one coming just a few minutes after the first one. In the first vision, I was driving from Dallas TX to Houston TX on Highway 45.

I’m from Dallas, so I travel back and forth quite a bit to see family and friends. While I was driving, it must have been early morning time. Traffic was flowing easy. Then all of the sudden I saw water rushing down Highway 45 and immediately by the Spirit I knew it was a Tsunami coming from the Gulf. I knew I was halfway to back to Houston, so I would say Centerville. I had not even reached Houston yet and the water had come that far from the Gulf!

The water was destroying every single car in front of me. When I saw it coming towards my car, I knew I couldn’t escape, but I also knew I was having a vision so I thought for sure I would come out of the vision, but I didn’t. The water came inside my car and I yelled, “I Repent! I Repent!”

The water came into my face and my face felt like it was about to explode! Then all of the sudden, the scene changed and in front of me was a desert. Immediately I knew I was in Egypt. As I zoomed in, I could see about 10 to 12 men. I couldn’t see anything else but these men with the desert in the background. It was daylight. These men were adorned with gold. They had eye make-up and appeared to be very handsome. They had their heads covered with Maroon head coverings. They were wealthy Egyptian men.

All of the sudden, there was terror on their faces. It was like suddenly they began to panic, but they never ran because it seemed as though there was no escape, nowhere to run, so they suddenly began to panic. I never saw what they saw. I just saw their attire and their calm faces turn to sudden panic.

Then I came out of the vision. I was really shaken up about the water coming inside my car. Then a few minutes later, I received another vision. I was now in the air above Highway 45, in the middle of the highway. To my left was Dallas and to my right was Houston. When I looked to my left towards Dallas, all I could see was a body of flat blue water. I could not see any landscape, so I don’t know if Dallas was gone or under water. When I looked to my right towards Houston, all I could see was turbulent water. Everything was destroyed and looked chaotic. That was it and I came out of the vision.

Regarding the first vision, I don’t know what the Egyptian men represent. I’m still praying for interpretation. No timeline was given to me. I encourage everyone to seek the Lord for themselves. He will lead you and speak to your heart.

Pamela Banda a nurse by profession. She has received visions since her childhood, mostly about her personal life. In May 2016, she started seeing visions of future events. She attends Christian Tabernacle in Conroe Texas and she is passionate about the word of God.